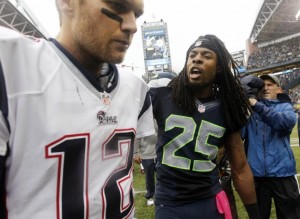 In this episode the Brothers Lehman discuss the Seahawks and Patriots moving on to the Super Bowl, deflating balls, Jonathan frustrated with the Broncos, controversial call with the Cowboys, NFL head coaching hires, the recent trades in the NBA, Doc Rivers get to coach his son, Larry Sanders needs help more than basketball, should Melo and Kobe sit, our picks starting five for the All Star Game, Cardale Jones coming back to Ohio State, Penn State gets its wins back, Matt Scherzer gets $210M to sign with the Nationals, the 2015 MLB Hall of Fame class, a ton of awards get handed out and more!