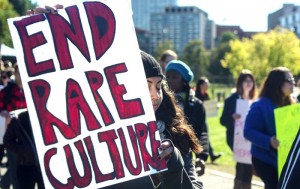 In this episode KC, Chris, Tash, Leisha, Shelby, Merc80 and E. Green continue their conversation about rape and rape culture. In this episode they discuss appropriate interaction, decency, responsibility and Hype Williams.

Now that it is my second year in college, one could say that I’ve gotten the hang of the college life. I’ve managed to keep my GPA at an A- average, get involved in school, and even gain experience in my chosen field of study. This past year has been difficult academically and personally, but college is not meant to be easy; instead it is a time of preparation for the future. But even with all of the new experiences, nothing has been more challenging lately than juggling college and the work force. As of July 2nd, 2012, I received my first job as an “Outreach Ambassador”. An Outreach Ambassador assists new students in registering for classes and reaches out to our community about the benefits of attending El Camino College: Compton Center by visiting churches and local high schools. My first day at work, I realized, by hearing co-workers speak amongst themselves, that working and going to school is not only a privilege for most students, but a responsibility.

According to the National Center for Education Statistics, in 2007, nearly half (45%) of “traditional” undergraduates (students between the ages of 16 and 24) worked while attending college full time. In addition, 80% of traditional undergraduates worked while attending school part time. Since 2007, the numbers have increased, full time students working from 45% to 57%. Before I started working, I would have found these numbers to be extremely outrageous. But now that I am, I understand the reasons of stress behind the students and the pressure of attaining jobs during this crucial time of our lives. In today’s society, most college students decide to work while attending school not because they enjoy it, but for economical reasons and the higher expectations of our generation. As my friend Briana told me one day, “for me, working right now is a necessary evil.”

Economically, most college students depend on their part and full time jobs to support them. With the financial aid and loans students have on the community college and university level, the minimum wage jobs we can find close to campus give us some security to provide the basic necessities. Also, working and attending school simultaneously assists us with getting jobs we will attain in the future. My boss always tells us, his student workers, “By working here, I’m helping you develop skills that will be crucial in the future.” Isn’t that what college students need? We plan to get career related jobs once college is done. But the world wants us already “established as a writer” or “have experience working with kids” in order to get hired for the jobs we studied about in college. The expectations for getting hired these days are higher than ever which makes working while being educated a necessity.

Whether it be a big name university or the local community college, working has become the basis of responsibility for college students. Being employed and being educated at the same time is a part of the experience and maturity that will continue to prepare me for the future. Although working these past few weeks has added stress and keeps me going to bed early, it’s important. I take pride in the necessary evil that is being an employed college student.

Many sisters could agree that their fantasy man would be something like a man with a body like LL Cool J and a smile like Tyrese. He’d be sexy like Idris Elba and talented like Jamie Foxx. He’d be articulate like Michael Eric Dyson and wise like Harry Belafonte. He’d have swagger, paper, and business smarts like Jay Z. He’d have a voice like Luther and keep you laughing like funny man Chris Rock. He’d be an innovator like Spike Lee. He’d have thug appeal like Allen Iverson and sensitive as Usher.  He’d be smooth like TI and write you a rap song that pledges, “You can have whatever you like”.  He’d be a powerful leader like our newly elected president Barack Obama. Yes, all of this wrapped into one would be a fantasy man. This man would have you smiling from the inside out.  You’d sport him around your family and friends with great pride.  Just thinking about a man likes this brings a smile to my face. Then as I allow the fantasy to disappear and I begin to take a look at reality I realize that I don’t desire a fantasy man.  My wants and needs from a man don’t at all mirror the qualities of my fantasy man.

While many of us drool at the thought of the “fantasy man” described above, I believe that many of us want something a whole lot simpler.  This man that we all want I will refer to as a Real Man. The real man is far more desirable than the fantasy man. The fantasy man is just that…. Fantasy. So let me speak truthfully and hope that these words reach the eyes of a man who has ever asked the question “What do women want?”. Perhaps this can even help that brother who is struggling with understanding what women mean when they say, “ I want a Real Man”.

First off, a real man doesn’t allow his fear of the truth to prevent him from being truthful. He speaks the truth even if he knows that speaking the truth will put him in hot water or make him uncomfortable. He is less concerned with the consequences of being truthful and more concerned with being a man of his word. His word is his bond. He realizes that he is a man and he has no reason to lie to anyone about anything.  He values honesty. Therefore he gives it, expects it, and encourages it.

Second , a real man is wise and continuously seeks knowledge. He frowns upon not being educated.  This doesn’t mean he is a Harvard graduate and it doesn’t mean he has a collection of degrees hanging on his wall. Instead, it means he has little tolerance for ignorance and would never find comfort in being ignorant. When he is unaware he goes to those who are wiser than he and seeks answers to the unknown. He isn’t afraid to say “ I don’t know” and he would never say,  “I know everything”.

A real man is a natural leader. There is something about him that makes his woman want to follow his lead.  He makes his own decisions and follows behind no one. His ability to lead allows him to be the head of his household without a saying a word. He doesn’t have to say, “I’m the man of this house”. His woman knows that he is the head of the household without ever hearing him speak. She humbly surrenders to his lead when he is a real man of leadership.

A real man takes care of his babies. He will help raise them. He teaches them right from wrong and showers them with love. His babies look at him and smile. They crave his attention and affection. They call him Daddy and he is the most important man in their lives. His son will want to be like him. His daughter will want to fall in love with a man like him.  He protects his babies at all costs. He tells his children that he loves them. A real man never disrespects his children’s mother even if he has little respect for her.

A real man is sexy even with his clothes on. A woman’s attraction to him goes far beyond his physical appearance.  He doesn’t work at being “sexy”. His sexiness is just natural.  He can arouse a woman without ever touching her. His masculinity is what arouses his woman. His ability to take charge is what turns women on.  Being a man of great strength, integrity, and wisdom is what makes him sexy as hell. His skills in the bedroom are just the icing on the cake (Holla!!!!!).

Finally,  a real man is a man who prays and isn’t afraid to say that he prays. He believes in a higher a power. On his good days and his bad days he knows who reigns above all. This real man will introduce or reintroduce his woman to God. He will remind her where blessings come from. He may or may not go to church but he will definitely acknowledge his Creator.

So to all of my brothers out there who are in question about what women want, it’s quite simple. We want Real Men (not to be mistaken with men who say “I keep it real”.) Fantasy men are good if your eyes are closed and you’re fantasizing. However, in the real world, real women want real men who can really hold them down.