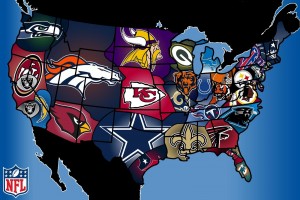 In this episode Chris & Jonathan rank the top 10 QB’s, top 5 WR’s and top 5 RB’s heading into the upcoming 2015 NFL season. They also discuss an awkward moment at a Lakers press conference, still waiting for a contract, Ray Rice almost got signed, another victim of the new NFL, Hulk Hogan using the the N word, Colin Cowherd leaving ESPN, Cardale Jones checks a fanatic on twitter, Phil Jackson takes a shot at Duke players and more.

It’s no secret that two of the most influential Black filmmakers of our time, Tyler Perry and Spike Lee, have had a long-standing beef. Perry, who has had more than one shot taken at him from his peers in the entertainment industry, has had enough of the insults coming from Lee, and lashed out at a press conference in Beverly Hills last week.

When asked about some of Madea’s traits being perceived as negative, Perry responded, “Spike Lee can go straight to hell and all y’all can print that,”.

“I’m sick and tired of him talking about me … saying this [Madea] is a coon and a buffoon. Talking about Black people going to see movies … he says, ‘You vote by what you see,’ as if Black people don’t know what they want to see. I’m sick of him. He talks about Whoopi [Goldberg], Oprah, me, Clint Eastwood. He needs to shut the hell up.

“Let me make it perfectly clear to everyone, especially Black people: You never see Jewish people attack ‘Seinfeld’ and say this is a stereotype … you never see Italian people attack ‘The Sopranos.’ There was no complaining about ‘Mrs Doubtfire’ or Dustin Hoffman in ‘Tootsie.’

“You never saw it … it’s always Black people and it’s something I can’t undo. I’m sick of it … it comes from us. We don’t have to worry about everyone else trying to destroy us and take shots, because we do it to ourselves.”

I can’t front – the BI fam are harsh critics of the product Perry puts out – though we admire his entrepreneurship and self-directedness, many of his characters are caricatures of Black stereotypes. However, when we critique him, is that a sign of “crab in a barrel” syndrome? Should we just let the brother continue to do him and not express how it makes us feel? Should all of us, Spike Lee included, shut the hell up? Or is Perry in denial about the lasting effect his films will have on our community?

What do you think?