Listen in as Malcolm and KC discuss some of the cultural fodder of the day, including Terrance Howard’s comments about working with Oprah in the upcoming Lee Daniels’ film, The Butler, Alvin Ailey American Dance Theater, and the reality television show, Blackboard Wars.

This has been a hot topic floating around the ‘Nets lately.  Ashley Judd apparently thinks that Hip Hop promotes misogyny.

Her condemnation of Hip Hop had people raising their arms in protest from the following statement in her autobiography:

“As far as I’m concerned, most rap and hip-hop music — with its rape culture and insanely abusive lyrics and depictions of girls and women as ‘ho’s’ — is the contemporary soundtrack of misogyny.”

My questions is this…what would make her make such a statement?

Could it be that a lot of Hip Hop is very…misogynistic?

I’m sorry…are we talking about Hip Hop?  The same music form that has had countless forums and debates on how misogynistic it is within it’s own community?  What was all that uproar against Nelly about again?

Take a look at Billboard.com and search what the top Hip Hop songs are right now.  Then tell me if the artists have a history of positive images of women in their work.

I have listened to Hip Hop music all of my life, so trust me I know very well that there are many artists who are nothing like all the artist on the charts.  But I can’t expect a person not learned in the culture to know that, and especially if the biggest selling representatives have “bitch” and “hoe” in their rhymes and strippers all in their videos.

“But Merc, Rock music is misogynistic too!”

Here’s the thing:  each community and culture is going to make allowances for itself.  Devil worshiping in Heavy Metal is not going to be taken that seriously in that scene, just like those who love Hip Hop are all going to sing “It Ain’t No Fun” when it comes on at the party.

I think the hottest song out right now is from a group called Travis Porter.  I forget the name of the track, but I know the first line is “Run into the pussy like a crash dummy.”

It’s hard to point the finger at someone else when your whole hand is stained up.

“But Merc, these Hip Hop artists are being more promoted by the labels.  It’s the system brutha!”

That’s true; but at the end of the day, someone is buying the music and singing it out loud.  The artists are not without responsibility either.  They wrote it, they sang it, and someone bought it.  Be it white kids from the suburbs or not.

Now suddenly people seem to be making light of Ashley’s childhood, in which she says she was raped and sexually abused.  All in the defense of “Hip Hop”.

It’s just like another article I wrote last week, people need to analyze the information given to them.  Many of these reports are from people already infusing their own opinions on Judd’s statements, such as Bossip.com that says

“Just in case no one cares about her ‘woe is me, my childhood sucked and I grew up to be a wealthy, well-adjusted successful actress’ sob story, Ashley Judd has decided to randomly throw Hip-Hop into her new autobiography.”

Oh, that’s right.  Being rich means that all issues of sexual abuse in your childhood are now washed away.  Just ask Oprah!

But in another statement Judd states the following:

“My intention was to take a stand to say the elements of that musical expression that are misogynistic and treat girls and women in a hyper-sexualized way that are inappropriate. That is not acceptable in any artistic expression, in any cultural form, whether its country music or in television story lines. And if they read more than one paragraph in the book, they would see that all four hundred pages are about that,”

Just a few months ago a 10 year old girl did a song called “Letter to Lil Wayne”.  If you read the comments section, the people who were against the girls said some of the most crass, demeaning, and embarrassing things I have ever read.  Yes folks, a 10 year old girl makes a song pleading for Lil Wayne to stop being so disrespectful to black women, and many of the people who saw it, called the girls little bitches and so forth.  Great way to make the music look positive.

People have their own perspectives and minds on this, and that’s fine.  I am of the firm belief that many artists and the entertainment industry DO have some responsibility to the messages they promote.  Misogyny has existed before Hip Hop for sure.  But if our society values our women, or at least wants to start promoting the idea of value, then why are we not singing songs of love instead of “I don’t love these hoes”?  Everyone has a role to play if they want things to be different.  Ashley Judd didn’t say any critique I haven’t heard from the Hip Hop community itself.

So why the uproar?

We here at Black is online are always trying to find new ways to inform and entertain or readers. With that said, here’s our week in photos, where we bring to you what’s been going on in, around, and beyond our city. Enjoy!

Oprah Winfrey Reveals her half sister(Patricia), that she never knew.

Shannon Brown and Monica announce they secretly got married back on Nov. 22nd, 2010. 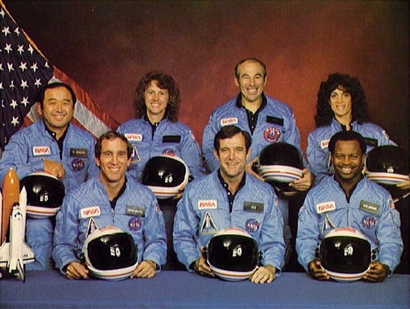 Friday Jan 28th, will mark the 25th anniversary and remembrance of  Space Shuttle Challenger and its crew.

see you next week!

Just because you rise to head an army, does not mean you’re part of the power system. – Amos Wilson on slave generals

As the launch of OWN came on New Year’s Day it seemed that a number of worlds were a buzz and all for very different reasons. The cable world was a buzz as it wonders if the “Oprah Effect” can help it continue to close the advertisement revenue gap that exists between cable and broadcast channels. The battle for advertising dollars currently sees cable companies getting only 39% of the advertising revenue pie. African America was a buzz because finally our shining star of wealth would be finally in possession of her very own network. The hope by many is that we will see positive images of African Americans and especially African American women, which is something that we all agree is sorely lacking in America’s mindset and our own community. This, after all, is the beauty of ownership – you get to dictate what your company puts out. But that is assuming you have not just an ownership stake but majority or controlling ownership. We were told this is Oprah’s Network so she must own it all right? Well, not exactly. Unfortunately, this is where our lack of financial literacy at times gets us in trouble. Technically, I own Disney but then again so do a lot of other owners of Disney shares. My say so in the direction of Disney is equal to that of my ownership stake. This leads me into the illusion of OWN.

Let me point out a few things. The first and probably most important thing is that this is a partnership between Oprah & Discovery, a 50/50 partnership at that. Discovery ponied up the $200 million to kick-start the infrastructure for the network, which was previously Discovery Health, so unless the big O finds a way to gain another percentage point in ownership, she will not have absolute control of the network without first having to check with her partner. Discovery will have equal say so in programming and all other things as it pertains to the OWN network. The appointing of an African American woman CEO might have been more symbolic for appearance sake than anything else. Not saying this is the case but with the CEO being the most public figure after Oprah herself, if one wanted to keep up the notion that this is indeed “Oprah’s Network” then this is a good move. See Sun Tzu’s Art of War.

We see similar cases of strong and silent European American influence over perceived African American controlled media. Like BET, who unknown to most of us until the sale had a large shareholder in Liberty Media who held a 33% stake in BET giving it quite a large say so in the direction of the company. Another African American perceived owned outlet is TVOne. It too is not majority owned by Radio One but a partnership with Comcast. In this instance it is highly likely that Radio One is actually a minority owner (given its financial state – market value of Radio One is $65 million versus Comcast $63 billion) and Comcast the majority.

My concerns about OWN are a bit more long-term. Is this network sustainable into another generation after Oprah passes?African America passes few generational assets along. None will be bigger than Oprah’s estate at the moment. Her estate could mean major windfalls for African Diaspora institutions here in the U.S., Africa and the Caribbean, which is a circulation of our global dollar – something we are sorely lacking. But again, is there a market for OWN or Harpo Productions without Oprah herself as the primary asset?

On a social level, it is hard to put much of any social value on the network for African America or African American women. Notice I said the network not Oprah. There is only one thing that European American controlled corporations like more than profits and that is power. Companies have been known to take losses on products just to control the market share of a product and drive competitors out of the space. John Rockefeller was infamous for this in maintaining the oil inventory under his control in early 20th century and in more modern times we’ve seen DeBeers use this same ploy to control 85% of the world’s diamonds.

But there is hope. This is the beauty of the stock market. If we want to influence the programming on OWN then buy shares of Discovery Communications, Inc. (Ticker Symbol:DISCA) and establish an African American & Diaspora ownership block. You would not only have influence over OWN but of all of Discovery’s assets. In the past I’ve made this same suggestion for buying Disney shares, as they are the owner of ESPN, which makes it revenue primarily from sports where the labor is predominantly African-American. An owner’s gripe that is invested in the company goes a lot further than just a gripe from the crowd.

Follow the money and power. The decisions, people, and institutions tend to explain the reality of what actually is rather than the illusion of what is presented.

Mr. Foster is the Interim Executive Director of HBCU Endowment Foundation, sits on the board of directors at the Center for HBCU Media Advocacy, & CEO of Sechen Imara Solutions, LLC. A former banker & financial analyst who earned his bachelor’s degree in Economics & Finance from Virginia State University as well his master’s degree in Community Development & Urban Planning from Prairie View A&M University. Publishing research on the agriculture economics of food waste as well as a contributing author for a number of African American media outlets.