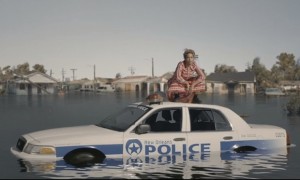 In this episode KC, Chris, Tash, Leisha, Shelby and Julius discuss the reaction to Beyonce’s “Formation” video and Super Bowl halftime performance, why the police are having a negative response to it, Kendrick Lamar’s performance at The Grammy Awards and more. 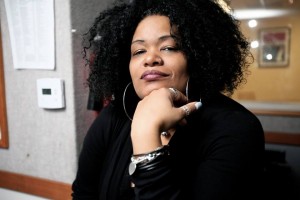 Q: In what world is my competition a video girl?

A: In Los Angeles, that’s where.

I hold a degree in Journalism that I earned on TWO full-academic scholarships, I run a successful business, own my car, live within four ways with no co-habitants of any kind, volunteer in my community and YET, I am still reduced to being paired against over-inflated tits and a silicone-produced ass for the attention of a male suitor.

I’m not making this up people! This is really my life. A guy who I have loosely known for a few years recently hit me up. After a few witty exchanges over Twitter, he asked for my number. Inside I was secretly jumping up and down because I had a crush on this lad long ago. He is one of the few guys I have met that I actually wouldn’t change anything about him (except his teeth! That’s major for me. He’s creative, smart, creative, conscious, creative, God-fearing, creative and he loves his momma! Did I mention he’s creative? His art speaks to me. I see a different perspective when I look at what he created. There is nothing more sexy to me than a man that can see simplicity, seemingly nothingness and make it beautiful.  I digress.

After a little “research” I find that he is in a very public “relationship” with a video vixen. WHY IN THE HELL WAS HE ASKING FOR MY NUMBER????  Totally confused. Naturally, I had to look his chick up. Ok she’s bad. I mean like really bad. I tried to find something physically wrong with her for about 15 mins – FAIL. Her face is gorgeous and I don’t just throw that word around. Her body is obviously RIDICULOUS since that’s her chief asset. Now I’m pissed! I felt like I was on candid camera. Was this some kind of a joke? As if I don’t already have my list of insecurities now I am measuring myself against this fantasy of a woman. Problem is, if you live in Michigan that girl is just a fantasy but when you live in LA, that chick is as real as the air you are breathing.

*BACK STORY: I met him through my summer jumpoff (this young fellow that I was using for an ego boost and occasional *clears throat*). My young boo introduced me to this guy for networking purposes since we both work in the industry. We all hung out from time to time that summer but that was it. P.S. I DID NOT SLEEP with the young boy!

This is precisely the type of bs that makes me want to pack up my crap and move to Iowa where “good girls” get wifed by “good guys” THE END! Ok. That’s extreme but, hell, so is this!

A few days after he asked for my number we started chatting again. This time he was quick to get to the point. The invite to watch a movie at his house was not in the least bit tempting especially since it was already past the 11 o’clock hour! Is he crazy? Clearly. I felt a bit of fire rise in my chest. I knew I may be a tad hormonal so I had a ‘woosah’ moment before writing a scathing yet composed response to his follywagness. I told him that grown people don’t watch movies at 11:45 PM! And if he wanted to see me he would need to pick up the phone and ask me out properly but I would not be holding my breath. At that point I was like he must think because me and the young boy had a little fling of sorts that he could be next! Are you kidding me? Furthermore, you want me to be your jumpoff while you wife the video chick? I THINK NOT! Kick Rocks.

Not caring if I ever heard from him again, I wrote a serious of subliminal tweets. He eventually sent a response that was as charming as ever (not surprising since that’s one of the reasons I like him). To which I respond with SILENCE.

Boo I’m over you! What part of the game is this? I am 27 months from being 30 years old. There is no way in hell I would reduce myself to allow this man to use me and discard me all the while courting King magazine’s feature flavor of the month.

For arguments sake, I can’t say that I know with certainty that the young lady in first position is not educated or that she doesn’t have more than a beautiful face and bangin body. But I highly doubt it. If she is anything like her tweets… *crickets*. Even if she had a PH.D does the fact that all her goodies are on display for the world to see not mean anything to men these days? They don’t give a rat’s ass. In the age of Kim K., men are probably desensitized to the much less demure modern woman. Cold game.

Far too often in my conversations with single Black men, the term “gold digger” comes up. It bugs me, because not many of the sistas I know would fall under that category. I asked my single  men friends where they are meeting these women with this attitude, and the answer is always the same: these aren’t chicks from the club, but professional, educated women. Nonetheless, the idea that they are trying to stick men for their paper is a real fear.

Of course, Kanye’s lyrics come to mind.  I’m not saying she’s a gold digger/ but she ain’t messing with no broke n*gga. True enough, none of my single sister friends are in the market for a man with no money, no job, no ambition and heavy debt. But neither are my male friends. All of them express wanting a women who is independent and financially sound so that she doesn’t depend on them to pay for everything.

I can’t help but single out what I call the Hype Williams Video Movement of the late 90’s and early new millennium as shouldering some of the responsibility for this characterization of Black women. Those videos (i.e. Jigga’s Big Pimpin, Q-Tip’s Breathe & Stop, Ja Rule’s Holla Holla and this list goes on) showcase women of color in droves, half-naked, greased up, popping champagne bottles around men flashing money, cars and jewelry. Now, we are way past truly blaming music videos for all of our drama – after all, Hype’s videography contains much more than these types of videos AND the sistas who participated are definitely responsible for the overall outcome. But I can’t help but wonder if these images are having a residual effect on how Black men and women are relating to each other today.

I have to depend on the experiences of my single loved ones to inform me, as I’ve been in the same relationship for the last ten years. When my hubby and I decided to commit to one another, neither of us came into it with much, but decided to build up our wealth together. Do folks do this anymore?

When I think back on our courtship and how finances came into play, I know what we both focused on was what we had in common in regards to financial goals and how we would go about reaching them. We often spent time doing things that didn’t cost money, and it wasn’t an issue taking turns to pay for things if one of us had low funds.

People, talk to me: Women, are you only checking for suitors with large bank accounts? Men, are women asking for your bank statements on the first date? Sistas, are you down to work with a man who has a plan, but needs time to get it together? And how much time are you willing to put in? Brothas, is it old-fashioned to expect you to be the breadwinner in the relationship? Or are you expecting the woman to pay for some of these dates?

What is a strong relationship based on these days, in any race/culture? Talk to me!