In this episode Chris & Jonathan assess the NFL season after the first quarter and look toward the Week 6 games, preview the Southeast and Pacific divisions in the NBA, discuss Adrian Peterson admitting to smoking weed, NFL says you can’t wear Beats headphones, former GM admits to keeping incidents quiet to keep players on the field,  NBA signs new TV deal worth over $2B annually, Royals keep up their winning ways, college athletes can’t get paid for their autograph, sexual assault issues at Florida and Florida State, LeBron gets his feelings hurt, and Michael Vick is not prepared.

In this episode we recap Week 4 in the NFL and the QB problems in Dallas and New York, give an update on the Happy Hour FF League, Miguel Cabrera vs Mike Trout for AL MVP, and the NBA is right around the corner. 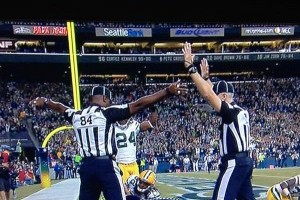 In this episode we recap Week 3 in the NFL and the terrible job of the replacement refs. We also give an update on the Happy Hour FF League and look at the last week of the MLB season. 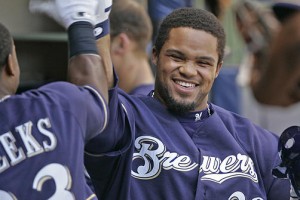