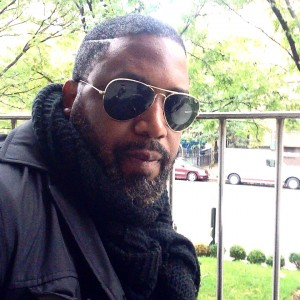 You probably already have an idea as to where this article is going, so let me get one thing out of the way before I get to the point: I don’t hate all RAP and all Hip-Hop. The positive side of the music of Tupac Shakur has left an indelible impression on me, likewise the music of  Saul Williams, and much of what artists Talib Kweli, Common and some others have to offer. I remember being a young teenager and floating away from my adolescent angst to the reflective notes of Lauryn’ Hill’s “To Zion,” then dancing in my mirror to the rhythm of “Doo Wop,” also off the “Miseducation of Lauryn Hill,” CD. I used to scan the radio to hear Aaliyah and Timbaland’s “Are You That Somebody,” (kept it on repeat when I finally got the CD–remember when it was still about buying the disc?) and I’ll be quick to admit that I was a pretty big TLC fan as well. I went through a definite Outkast phase, and have listened to my share of Jay-Z, Dr. Dre and so forth. I certainly know what it’s like to like and love RAP and Hip-Hop, and I don’t want to sound like those who revile it without ever understanding the appeal of the music. I was a kid of the ’90’s, a teen of the 2000’s, and it’s hardly difficult for me to remember how attached me and my peers were to the sounds of our generation.

Having said all this, I was listening day in and day out to Sam Cooke long before I ever remember hearing Ginuwine. And as much as I may have liked The Roots, it’s hard to remember them while you’re blaring Art Blakey and the Jazz Messengers. In terms of vocal talent, it’s hard to compare singers like Beyonce and Mary J. Blige to the likes of Nancy Wilson, Ella Fitzgerald and Billie Holiday (anybody want to put Rihanna and Nicki Minaj up against Aretha Franklin and Patti Labelle?). Obviously people are still aware of the great Motown era groups and artists like The Temptations, Marvin Gaye, Stevie Wonder and Smokie Robinson, and of course I could mention  the soulfulness of Al Green and the burning sounds of James Brown. If you dig deeper and go back further of course, you return to the days of song masters like Johnny Mathis, the pioneers of Rock and Roll such as Little Richard, and artists such as Sarah Vaughn and the  unforgettable Nat King Cole, for both of whom competence on the piano was a natural part of their musical arsenal (Nat King Cole was a great Jazz pianist well before he was widely known as a vocalist).

The list of great black singers and musicians from times gone by goes on forever, of course, but it get’s thinner as we come to our modern age of American music, until finally we arrive now at the point where real musicianship starts to look like a lost art. A big part of the reason for that is technological, and that in a couple different respects. On the one hand, with the advent of multitrack recording and drum machines in the ’70’s and 80’s, (along with all manner of synthesizers and artificial musical effects) it became increasingly possible to make music without the hassle of including musicians. So then comes disco, techno, and ultimately House, Hip-Hop and modern Pop. With the advent of these musical forms came the decline of, yes, musicianship generally with respect to popular music, but also a near elimination of the element of live recording in music. You may never have thought about it before, but consider the fact that in the entire history of recorded music all the way through the late seventies, everything you bought on a record or heard on the radio was a live recording of a live performance. There was no other way to make music. Consequently, musicians had to be very good. The tornado that was Jackie Wilson didn’t fake a note of “Say You Will,” didn’t redo a single phrase of the recording. He had to know how to breathe, how to sing the whole song flawlessly. The musicians in the James Brown band didn’t have the luxury of coming to the studio one at a time, recording their tracks by themselves so an engineer could paste them together later. They needed to be fluent in the art of playing together. But in my time an artist like Ashanti can be a plausible singing star because the burden of making quality recordings was not on her.

Of course there is another aspect of the technology dynamic that renders musicianship an optional quality, and that is the nature of our modern media and the importance of image. To be attractive has always been an asset for performing artists, but in the grand old days of American (and Afro-American) music it was not a necessity. Nancy Wilson was beautiful, of course, but that was coincidental…most people who heard her music didn’t know what she looked like. There were no music videos, certainly no Youtube, and unless an artist found his or her way to the Ed Sullivan show or later on to Soul Train or some such venue like that, people either knew their faces from their album covers or not at all. Nowadays attractiveness is almost prerequisite to fame and with female singers particularly. Beyonce is a legitimately talented dancer, and capable of giving a halfway decent vocal performance, but her body is every bit as important to her success. Likewise Ciara and the afore mentioned Rihanna and Nicki Minaj, whose public images are emblematic of the degree to which the “music” industry has been so overtly sexualized…and just how little any of it has to do with music as an art unto its own. I readily admit this is a problem with American music in general. But it is one that hurts the black community even more given the fact that music has long been the most powerful export of black culture…

I increased BET’s viewership about 10% the other night when I watched their documentary, My Mic Sounds Nice: The Truth About Women and Hip Hop. Though excellent programming for BET, part of it was cut and paste from VH1’s Rock Docs on Hip Hop, but what can you expect when they are all owned by the same company?

BET’s trip through the female hip hop MC timeline was enjoyable, and they pulled some female MC’s out the woodwork for this one: Nikki D, Rah Digga, Ladybug Mecca, The Lady of Rage, and my personal favorite, Los Angeles underground godmother, Medusa (Other MC’s might make your head bob/but I’m gon make your neck lock – yeah she said that).

The most informative part of this documentary was the shift of the female role in hip-hop from the 90’s to the new millennium. It was made clear that when Lauryn Hill dropped her solo debut, The Miseducation of Lauryn Hill in 1998 and then dropped of the face of hip hop Earth, the game for women has not been the same.

Lauryn’s album was such a game changer that unless you were as solid of a triple threat as her, you weren’t going to make much noise. Since the new millennium, the primary face of females in hip-hop is the hypersexualized female MC. Actual talent on the mic won’t trump one’s sex appeal.

Which brings me to the one female MC who I believe has changed the game but is constantly glossed over in this sex-obsessed society we live in and that’s Bahamadia. The Philly native’s name was mentioned only once towards the end of the show, but this sister’s dedication to her art form in spite of being ignored by mainstream hip hop was reason enough for her to have her own segment in the show. Her talent and skill on the mic is without question, and if you’ve been fortunate enough to catch her live performance you know Bahamadia is anything but a studio MC. She is better recognized and respected internationally than stateside, yet let her step in the ring with any of today’s current female MC’s and battle – most chicks won’t have the heart to try.

So here is my personal tribute to Bahamadia – and if you happen to catch this sis, know the real heads recognize. A few of my favorites from her catalog of classics:

Finally, I would be remiss if failed to throw out an honorable mention to Boss, the first female gangsta rapper. Her persona was too hard and too much for most folks to handle.