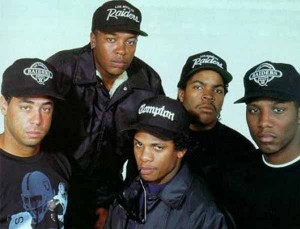 Today marks the final day in the 1965 event known as the Watts Riots. These riots would be deemed the move severe riots in Los Angeles history until the LA Riots of 1992. When the 1992 riots occurred, I remember watching my mother’s face as we drove down Vermont Avenue in our neighborhood at that time. I remember her saying with tears in her eyes, “This is exactly like what happened in Watts in the 60’s”.

Like the LA Riots, the Watts riots were incited by an act of police brutality against Blacks, and a community’s response to law enforcement racist practices.  Here is a quick summary of the events that occurred:

A Los Angeles police officer pulled over motorist Marquette Frye [who was with his brother Ronald]; he suspected Marquette of driving drunk. While officers questioned them, a crowd of onlookers had begun to form. When Rena Frye, the boys mother showed up, a struggle ensued which led to the arrest of all 3 members of the Frye family. More officers had arrived on the scene and had hit the brothers with their batons. The crowd had grown and by this point had become angry. After the police left the scene, the crowd & tension escalated and sparked the riots, which lasted 6 days. More than 34 people died, 1000 wounded, and an estimated $50 – $100 million in property damage. (From PBS)

I remember the LA Riots quite vividly: the beating of Rodney King; the unfair verdict in the trial of the officers who beat him; the small bonfire in the middle of the street on Florence & Normandie at my bus stop the day the verdict was read; the smell of smoke and the sight of flames over the rooftops of homes in my neighborhood; and the next day, the darkness of ash scattered across our front porch and lawn and over the entire neighborhood. I also remembered feeling angry and disappointed that a Black man could be abused by police and the incident be caught on tape in the 90’s – and no instant punishment enforced on the offending officers. I felt like my people were finally united around an issue and in our own way, trying to do something about it.

What I didn’t realize was the aftermath of burning down your own neighborhood. Just like Watts, our anger clouded us from seeing that we were vandalizing our environment, burning down and looting from the businesses that bolstered our community. And like Watts, the neighborhood would never fully recover.

In this post-Obama society, I wish I could say we are past these issues, but we’re not. Everyday people of color around this country are attacked by the police and much of it goes unreported. I think my fellow Angelenos would agree, however, that if another Rodney King attack happened in our generation, a riot would be the least of the LAPD’s concerns. Fighting back won’t require burning down our neighborhoods – but making the police understand that they aren’t dealing with animals to brutalize, but a strong community of people who will not sit by quietly and be attacked. That lesson might be learned by any means necessary – and at their expense.