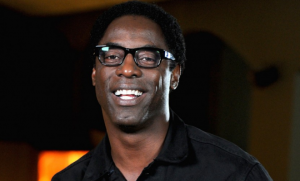 In this episode KC, Chris, Toria, Malcolm, Tash, Leisha, Shelby, Darralyn and Jamie discuss the term “New Black”, talking to your kids about race, being culturally black and more.

Meet author/activist/actor ISAIAH WASHINGTON as he discusses and signs

A Man from Another Land: How Finding My Roots Changed My Life

In this inspirational memoir, Grey’s Anatomy actor Isaiah Washington explains how filling in the gaps of his past led him to discover a new passion: helping those less fortunate. DNA testing revealed that Washington was descended from the Mende people, who today live in Sierra Leone. For many people, the story would end with the results of the search; for Isaiah, it had just begun. Discovering his roots has given him a new purpose, to lead an inspirational life defined by faith and charity.
After visiting Sierra Leone, and researching the country and its needs, Washington forged a strong relationship with the Mende people, and was inducted as Chief Gondobay Manga in May 2006. He established The Gondobay Manga Foundation to institute many improvements suggested by the country’s people, addressing educational concerns, practical issues (road building, water supply, and electricity), and rehabilitative projects.

Dual citizenship has been a dream of African-Americans such as W.E.B. DuBois, Martin Luther King, Jr. and Malcolm X, but Washington became the first to realize that honor in 2008. A twofold milestone, it was also the first time an African president granted citizenship based on DNA.

Come early and enjoy yourself.