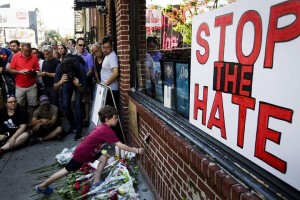 In this episode KC, Chris, Tash, Leisha, Shelby, Troy, Nicole and E. Green (from the Hip Hop Digest Show) continue their conversation about the Orlando nightclub shooting. They talk about homophobia in the black community, acceptance, how Donald Trump is a hypnotist, access to guns and more. 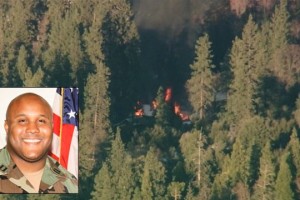 *Please bear with the sound quality of this and the next few episodes – time to upgrade our equipment!

Let me preface this post by saying that I am devastated by the loss the families of Sandy Hook Elementary School are currently sustaining. No parent can imagine when they wake up any given morning that that will be the last day they see their child alive. Further, one of the last places one expects their child to be a victim of gun violence is within their school classroom. Our prayers are with the families in Newtown, CT in the hard days ahead.

At the podcast table we’ve discussed both gun control and mental illness as it pertained to issues within the Black community; however the devastation of mass murders in this country at the hands of extremely mentally ill people with access to assault weapons makes it a necessity to broaden our scope. In an article written on Gawker by Liza Long, the mother of a mentally ill son, “since 1982, 61 mass murders involving firearms have occurred throughout the country. Of these, 43 of the killers were white males, and only one was a woman.” Most of these killers obtained their firearms by legal means. Social media networks are ablaze with pointing the blame, and every suggestion in the book from banning firearms in entirety to locking up the mentally ill has been posted online. Gun enthusiasts and NRA supporters argue vehemently that “guns don’t kill people; people kill people”, and honestly believe that argument will convince the rest of us that no laws controlling guns are required in the U.S. So what then is the answer?

At this point, I don’t see there being a clear cut answer to it all, but during a vigil in Newton on Monday President Obama certainly alluded to the fact that we will see some change in policy in the days ahead. We need not lose another child, be they 5, 15, or 25 to unnecessary gun violence. Further our youth, be they mentally ill or not, should not see guns and death as a resolution to solving problems or ending disagreements. The average person needs only limited access to firearms to avoid being either a victim or culprit. Additionally, people who struggle with extreme cases of mental illness and their families need more assistance. Too many families live in fear of what their loved one might do. Since Friday, news reports of the severity of Adam Lanza’s illness have come across our computer and television screens hourly and they beg the question – was there anything that could have been done to keep him from executing this awful tragedy?

There’s not much more to say about this except my heart is heavy with grief for the families that lost their loved ones last Friday. I hope in the days ahead they find a bit of peace and I sincerely hope our nation does not sit on its laurels and let another tragic incident like this occur before making changes to the law. Freedom is an amazing right to have when exercised properly, but these killings are a prime example of freedom gone awry. 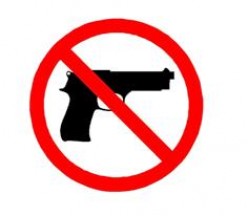 Hey Folks, we are back for the second season of 2012!!! Listen in as KC and the family discuss the 2nd amendment, whether or not America needs gun control to stay in control, and media perception of criminals of different races. Podcast guests include Chris Lehman, Toria Williams, John Wood, Malcolm Darrell and Jamila Farwell.