CLIMB Inc. cordially invites you to Santa Anita Park for its spring fundraiser offering, the 3rd Annual Angel City Derby: Day at the Races, sponsored by City National Bank. With influence from the world renowned “Kentucky Derby”, CLIMB hosts a fun filled day designed for networking, fashion, style, and support of a worthy cause: our very own community. Tickets start at $35

Angel City Derby encourages (read: require) guests and CLIMB supporters to come dressed to impress, allowing yourself to embrace the Kentucky Derby theme and arrive in style and class. The Angel City Derby affair will be comprised of:

For more information click here
C.L.I.M.B. Inc was established in 2005, CLIMB, Inc. is a 501(c)(3) community based non-profit organization based in Los Angeles, California with a mission to develop underserved youth to recognize their innate ability and potential to be competitive collegiate participants, stewards of their community, and effective global leaders. 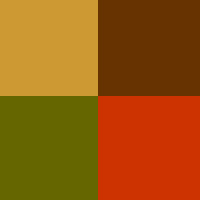 As we tick tock into November, setting clocks back and thermostats up, we get more into the groove of fall with a feast of style options to serve our dapper fancies.

Due to the year-round moderate temperatures on the West Coast, Los Angeles especially, natives aren’t commonly seasoned to a functional fall wardrobe compared to their counterparts east of the Mississippi. For the latter, it is an exhibition of trench coats, double-breasted varieties, cashmere scarves, leather gloves, and a plethora of boot styles among other

items that lend an instant, stylish embrace of the season.

Since the same investment on layering items is not typical for the Californian, a chic twist to paying homage to autumn’s rise would be by virtue of the color palettes associated with the foods we eat during this time of year. Incorporating warm yellows and oranges, deep greens, dulcet browns and crimson reds into one’s daily attire provides a great taste of the season’s aura. 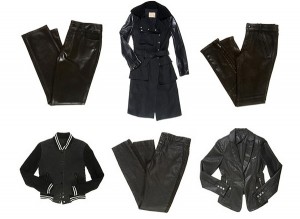 For those who prefer sticking with black or more neutral palettes, try introducing color with accessories to spice up any basic ensemble.

However you choose to rock your epicurean shades,

indulge with your options, allowing the flavors and textures of the season to provide as your muse.

Falice Nyree is the founder of Femme and Proper, a brand geared to showcasing a fashionable and chic lifestyle for women. For more fashion and lifestyle tips, follow her on Twitter at @femmeandproper.

It’s time to get familiar with some of the most innovative African-American designers around. Here are some designers you should know, or get to know.

1. Stephen Burrows
Burrows entered the fashion world in 1966 when women’s fashion was heavily structured. He went against the grain and designed sportswear, using stretch fabrics to create a slim silhouette.

2.Tracy Reese
Tracy Reese began her career in fashion in 1984 as an apprentice to many high profile designers. The Tracy Reece collection made its debut in the spring of
1998. Plenty by Tracy Reese, a lower priced bohemian inspired line, was released later the same year. Since then, the Tracy Reese brand has expanded into footwear, hosiery and a home collection.

Rachel Roy began her stint in fashion as an intern for Rocawear. She later launched her own line in 2004, eventually expanding into ready to wear, resort and handbag collections. Roy recently debuted a collection designed in collaboration with Amar’e Stoudemire. A must have for Hollywood starlets, rock stars and stylish businesswomen everywhere.

Style: Stylish professional with impeccable attention to detail
Seen On: Karl- Spotted on the streets of Soho, We have no doubt that WANT Les Essentiels de la Vie will be a must have for countless celebrities and anyone that wants to travel in style.

5. Maya Lake for Boxing Kitten
Maya Lake started Boxing Kitten as a self taught designer, at first creating her signature vibrant print pieces for friends. She has since become a go-to designer for women wanting to look fun and playful. Lake combines her love of vintage-inspired shapes with African wax block and batik prints to produce truly unique eye-catching pieces.

Style: Maya describes the look of Boxing Kitten as “ethnic rockabilly”. Ladylike silhouettes with bold African prints, these designs are definitely for those that don’t mind being noticed.
Seen on: Solange Knowles, Erykah Badu, Rihanna

Willi Donnell Smith (February 29, 1948 – April 17, 1987) was one of the most successful young African-American fashion designers in fashion history. At the time of his death, his company Williwear Ltd. sold $25 million worth of clothing a year.

Seen on: He designed the suits for Edwin Schlossberg and his groomsmen when he married Caroline Kennedy in 1986. Smith also designed the uniforms and clothes for Spike Lee’s film School Daze (1987).

Ladies, let’s be real. We all have a friends that wear clothes that are too tight/too short, makeup looks like Halloween, or wears a weave that you see every track. We can not let this go on! The great debate between girlfriends is always “am I a bad friend if I tell her” or “am I a bad friend if I don’t tell her?” The answer is the latter.
Let’s go over some ways to break the news to friends with out losing the friendship:

Mikki Bey is a Los Angeles-based makeup artist who believes in the power of the universe to bring her all the desires of her heart. Fearless, determined and capable – she’s a bad mamajama! She can be reached at mikki@mikkibey.com.

Not sure how to dress for this fluctuating weather? Trying to prepare for that New Year’s party? Looking forward to Spring? Here are a few tips to end the year fashionably, and start off 2011 in style from Odessa Bowden, owner of Nobody Jones Boutique:

LA Babies, style maven Odessa Bowden is bringing us a fashion forward extravaganza to show off the latest in her line and celebrate seven successful years of Nobody Jones Boutique! Fashionably Late: A Tale of a Wardrobe Worth Waiting For, will take place on tonight, Friday, November 12th from 7:30 – 10 pm at the Nobody Jones flagship boutique. The show is sure to dazzle you with the latest in fall/winter fashions and accessories just in time for the holidays! Details for this show are as follows:

Fashionably Late: A Tale of a Wardrobe Worth Waiting For

Forgive me if I offend or hurt anyone’s feelings, but we need to address, and re-dress a few guys (ages 24 & up), who think what they are wearing is the status quo.

Ed Hardy and other blaring labels (This include Phat Farm, Ecko, Roca Wear, and South Pole)

Ed Hardy is a fashion red flag for ladies to run in the opposite direction.  These clothing lines also make quiet clothes that still make bold statements.

Flip flops with jeans and a button-up. What’s wrong with this outfit? Well, perhaps a few things. But don’t wear flip-flops if you’re not poolside or on the beach. It just doesn’t work.

I don’t care if you are on a secluded beach in the Caribbean. There’s such a small percentage of the population who can pull them off, so don’t risk it. You’ll be uncomfortable, and so will we.

You’re not in Hawaii and Hawaii 5-0 is no longer a hit show! Whether worn for real or “ironically,” these tropical motifs make dudes stand out in a bad way.

You know how experts say women should always remove one accessory before leaving the house for fear of overdoing it? Guys should remove all but one. With the exception to Mr.T and Liberace, black men especially, stay clear of this fashion faux pas. It’s not fly, hip-hop or gangster!

Way-too-big pants have been offensive since the ’90s, and recently New York senator Eric Adams funded a campaign with billboards saying, “raise your pants, raise your image.” Amen to that.

Doctors say,  that tight clothes limit the mobility of hip joints. Furthermore, tight pants make a person develop a peculiar step, which negatively affects the spine.  Tight pants can also complicate the work of the immune system too. They increased temperature and can overheat testicles, which affects the sperm-forming process and reduces the quality of semen.

These faded from popularity decades ago, so you don’t want to look like you’re stuck there. Flat-front trousers are much more flattering.

I shouldn’t even have to explain this one! If you want to hide your feet, just stay home!

Sports jerseys/uniform out of sports setting

Jerseys are cool at the stadium, or during a big playoff game with buddies, but team uniforms should not be everyday attire. That means NO MORE THROWBACKS!

I think I’ve made my point, just because we are men, doesn’t mean we can wear whatever we want.  Doesn’t matter how much money you make, how in shape you are, or how many women you think you attract, follow these don’ts and you will acquire more of the above!