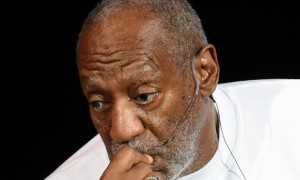 In this episode KC, Chris, Toria, Tash, Darius, John, The Other Chris and Jamie (and Isley) discuss Bill Cosby and the rape accusations against him, how black people fed the story to the media, the strength of the internet, spearating the artist from his art, losing the support of the community and the possibilty of turning it around.

Find us on Stitcher, iTunes & TuneIn!

Varnette P. Honeywood, an artist who gained fame when her vivid and joyful portraits of everyday lives of blacks were prominently featured on TV’s “The Cosby Show,” died Sept. 12 of cancer at a Los Angeles hospital. She was 59.

As a black artist, Ms. Honeywood was “extraordinarily important,” partly for the visibility “The Cosby Show” gave her but also because young people were inspired by her “exuberant and positive images of black culture,” said Paul Von Blum, emeritus professor of African American studies at the University California at Los Angeles.

When it came to hanging her stylized prints in the home of the Huxtables — the fictional black family at the heart of “The Cosby Show” — artist and sitcom went together “like a slice of pie and a plate,” said Bill Cosby, star of the show that aired on NBC from 1984 to 1992.

“She truly captured the feel of family love,” Cosby told the Los Angeles Times. “Her work had depth and storytelling. She just knocked it out of the ballpark every time.”

Varnette Patricia Honeywood was born in Los Angeles on Dec. 27, 1950. At Spelman College in Atlanta, a historically black women’s college, she had planned to major in history but switched to art after being encouraged by a drawing teacher and fellow students.

Soon she began developing the signature style that she sometimes described as “figurative abstraction.” Brilliant colors and intricate designs were a hallmark of her oil paintings and collages, and many of her pieces have an African component, whether they show the cultural tradition of movement or incorporate African-influenced prints that she often wore.

After receiving a bachelor’s degree from Spelman in 1972, she received a master’s in education and a teaching credential from the University of Southern California in 1974.

Ms. Honeywood was frustrated by her inability to gain traction in the art world when Cosby and his wife, Camille, discovered her work.

Impressed with her entrepreneurship and images, they became collectors and she was asked to submit art for the pilot of “The Cosby Show.” Three works remained on the set for the entire run and others were rotated through, according to a 1992 Atlanta Journal-Constitution article.

*Painting shown: Gossip In The Sanctuary, 1982

Ms. Honeywood had no immediate survivors.