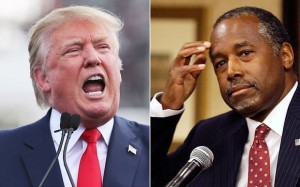 (Correction: In Part 1 of Defending Black America I said that the majority of black Americans were Republicans until the late sixties. This was incorrect. The vast majority of blacks were Republicans until the mid to late ’30’s whereupon roughly half of blacks, supporting President Roosevelt, began to identify as Democrats. More became Democrats during the Truman administration and through the ’50’s, but it was not until the southern strategy and the changes of the ’60’s that blacks abandoned the Republican Party almost wholesale, as part 1 describes.)

It may seem strange in a way to hear any black person defending black Republicanism, particularly in the age of Obama, and given the fact that the political identity of Black America has become so wholly tied to the Democratic Party. But without appealing to any other fact or statistic, I can make a shrewd argument as to why this is not a good thing for black America practically speaking. Being so predominantly concentrated in the Democratic Party does not give us the outsized influence over Democratic Party politics that you might expect. Our 9/10 affiliation with the Democrats means that Democratic politicians can afford to place the particular needs of African-Americans relatively low on the party’s political agenda. Blacks deeply distrust the Republican Party, after all, so they don’t have anywhere else to go. What incentive is there for the Democratic Party to give more attention to black issues than they do therefore? Strategically speaking, would it not better for black American votes to be competed for by both parties than for them to be forfeited by one and taken for granted by the other?

As much as black Americans tend to be Democrats of course, there is a small but committed minority of black Republicans even today which includes some figures you might not expect. Colin Powell and Condaleezza Rice, (former Secretaries of State under George W. Bush), recent GOP party chairman Michael Steele and Supreme Court justice Clarence Thomas we generally know, plus recent presidential candidate Herman Cain and a number of black political commentators and strategists like Larry Elder and Amy Holmes. But there are names on that list of prominent blacks outside of politics which might surprise you. T.D. Jakes, one of the most influential pastors in America, is a Republican. Former basketball star Karl Malone is a Republican; activist and author Alveda King, the niece of Dr. King is, as her uncle was, a Republican and an outspoken one at that. Comedienne and television producer Sheryl Underwood (former host of BET’s Comic View) is a Republican. Eldridge Cleaver is dead now, but the co-founder of the Black Panthers was and remained to his death a strong Republican. Actor Denzel Washington (I’m somewhat happy to say) is a Republican as well. (Boxing promoter Don King and rapper 50 Cent are also Republicans, though I mention them with a bit more ambiguity.)

A 2004 Pew Research poll indicated that 7% of blacks are Republican. In a way it is a bit strange however that the GOP has not sought to make further inroads than this into the black community given that, on at least one important set of issues, blacks have far more in common with the Republican Party agenda than that of the Democratic Party and that is with respect to social and cultural issues. There is of course a solid minority of African-Americans who are avowed social liberals, and for them the Republican Party probably has little to offer in any context. But on the whole black Americans are socially and culturally conservative, at least much more so than the average Democrat. Roughly half of black Americans are pro life, and possibly many more are opposed to gay marriage (though, to be honest, that is an issue about which I take a more libertarian stance). Perhaps most significantly, black Americans overwhelmingly share with conservatives and Republicans generally a common belief in the church and religious faith as occupying a central role in their own lives, and that it should do so in the cultural life of the nation. This puts black Americans squarely at odds with the increasing forces of secularization within the Democratic Party’s progressive base, making this part of the Democratic agenda an obvious one that most black Americans who, like me, would like to see the right to school prayer and the freedom to be able to invoke the name of Jesus in a graduation speech maintained, or who would like to retain the words “under God” in our pledge of allegiance, cannot share.

There are many ways in which the the history and the interests of the Republican Party are more in line with that of Black Americans as a whole than that of the Democratic Party, but that is not the point of these articles. Whether or not blacks ever again embrace the Republican Party, (and more importantly more conservative domestic policies and cultural perspectives) is not as important as whether or not blacks come to be able to respect the Republicans and the conservatives in our own community though they have a different political point of view. Surely such respect and understanding is more consistent with the trans partisan message of unity that candidate Barack Obama expressed running for the presidency in 2008. I agree with him: this is not a red America or a blue America, but rather the United States of America, and within the black community the same logic holds. It would stand to reason that we better each other through a diversity of opinion. I’m not one to say that the Democratic Party is no good, that liberals are innately dumb, or naive or traitors to our people. Most Republicans are not that way, and are every bit as proud of our history as black people as are those who call themselves Democrats. We would like the rest of black America to remember that.