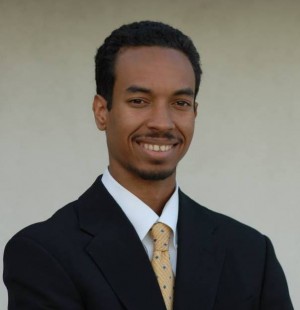 So I am John Wood, Jr., and I am, and ‘till November the 4th of this year will be, the Republican nominee for congress in the 43rd district of California. I am running against a woman everybody (white and black) paying attention to the conversation knows, and that is Congresswoman Maxine Waters. She’s a hero to many in South/South Central Los Angeles, a flame of pure fire in the annals of black political history. On the liberal left she is a champion, and I like her in part cause she’s an old school liberal, a black liberal, and she carved out her place in American politics by embodying the militant convictions of black nationalism. She had the lightning of a true activist, and the elegant thunder of a lady of the church. She is an icon in our culture, and one of the more memorable political personalities in the history of America.

I do not think Maxine Waters needs to be representing the people of Los Angeles in congress anymore. But I think she is an extraordinary human-being. And while she is hated on the right for reasons I almost fully understand, those conservatives I know who truly know her love her the same, even if they disagree with her about everything.

My problem with Maxine Waters is that she has no vision for the future, and in that has become the past. It is not a matter of her being old. But she has no grand strategy to save the inner-city community, or to save America (both of which need saving). Ron Paul is Maxine Waters age, but for years he has been the candidate of the future; and his vision will still determine the future of American politics.

There are certain overwhelming problems facing the future prosperity of inner-city America. Most of these problems reflect the shortcomings of liberal policy planning because, well, liberal Democrats tend to run everything. In black communities, that is almost 100%. (If Republicans ran everything, our problems would reflect the excesses of Conservatism, which there are.) But they equal a social spending system that doesn’t achieve assistance, financial and transitional, effectively enough; an educational system that maintains the social and economic vulnerability of black and brown communities rather than lifting them up from them; a criminal justice system that has yet to be deprogrammed from formulas of justice that unjustifiably promote generational cycles of incarceration among black boys and men, feeding a pattern of fatherlessness and familial deterioration in the deserts of gang violence and drug dependency. The system is rigged against us. It even teaches us to rig it ourselves.

It’s the Willie Lynch mentality. It’s the psychology we were gifted by master to always think less of ourselves, and more of him, to accept what he gives us. It has never really gone away. It has simply morphed through generations of political evolution in American society, and has survived the death of the mainstream acceptability of racism itself. It is the systematic broadcasting of messages across the societal spectrum formed perfectly to make black Americans think less of themselves. It is the patronizing of the welfare state and the hostility of the court. It is the neglect of the educational system and the brutality of the police. It is the confluence of sins from the right and  left wing of the political spectrum that ensure that one-hundred and fifty years after the end of slavery in America the black man isn’t free.

Now the truth is the black man is far freer today than he was yesterday; than he was 50 years ago. (It is also true that the institutionalized racism of many American institutions is not always a product of active racism but of the power structures of a more racist age that have flourished unto now.) But he is not as free now as white men have ever been in this country. Barack Obama is the exception, not the rule. And while that is to glide past a grand historical argument it is just to say that blacks in this country fool themselves when they are led to challenge only one half of the political system, which is to say not at all. Maxine Waters challenges one half of the system by justifying the other half. She can’t defeat the system. She is the system.

Maxine isn’t my enemy then; it’s the system she can’t reform. I can’t reform it either. I’m running to let people know they can.