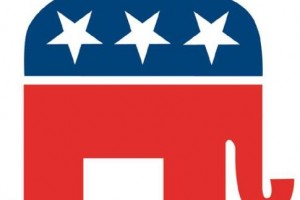 On Tuesday, November 6th an over-confident Republican Party had it’s world shaken and it’s bubble burst when President Barack Obama won re-election in an electoral college landslide and the Democratic party strengthened it’s hold on the Senate in a decisive victory. The GOP did hold onto the House of Representatives, yielding nine seats to the Democrats (black conservative Florida congressman Alan West bids us goodbye) but still retaining a large majority, as well as picking up a governorship in North Carolina. And of course, while President Obama won big in the electoral college he only won in the popular vote by a respectable, but not a dramatic, margin of just under 3 million votes. But given the passions and the critical importance both sides put upon this election, (and given the near certainty with which many GOP elites like Karl Rove and Dick Morris predicted President Obama’s downfall), this election can only be seen as a disaster for the Republican Party.

President Obama’s victory reflects a tireless discipline on the part of he and his campaign to maximize voter turnout in the face of a bad economy,  and aggressively and effectively attacking the opposition, defining Governor Romney more than Romney was able to define himself in the eyes of the American people. The Democratic Party and the Obama team deserves credit for the unparalleled efficiency of their organizing, both this year and in 2008. But there is something else at work in America that accounts for President Obama’s victory, and that should serve as a reality check for the GOP. That is that the demographic makeup of the American electorate is changing, and is changing for good. When all is said and done, Mitt Romney won big with one very broad group of voters and that is white voters; particularly among older whites and male whites at that. Now in the past, seeing as white people represent by far the largest racial group in the country, a presidential candidate who carried a large majority of white voters stood a very good chance of winning the presidency. But since 2004 the white share of the electorate has decreased four percentage points while the minority share has increased about the same amount. President Obama won enormously among blacks (93-6), but also among Hispanics (71-27) and Asians as well. The age and gender gaps favored the president too. He won female and young voters by significant margins. What confused Republican strategists was not that the President won these groups; they always expected him to. What confused Karl Rove and others was that the turnout among these groups was anywhere close to the levels they were at in 2008. The GOP intelligentsia thought that 2008 was an anomaly, that minority voters and young voters would not return to the polls in the record breaking numbers they did in 2008 in 2012, now that the excitement over the Obama candidacy had faded across almost four years of economic struggle and political difficulty. But they were wrong. The Democrats seem to have a new coalition, and if the Republicans cannot make inroads with these groups (all of which represent growing portions of the electorate) they will likely cease to be competitive in the future. Thus begging the question, where does the GOP go from here?

My feeling is that, while I believe the Republican Party is more right than it is wrong on the fiscal and economic issues that are so important to the American people today (Mitt Romney won over Barack Obama in the exit polls on the question of who would best manage the economy) the GOP is nevertheless on the wrong side of many issues that are important to the individual ethnic, gender, and age groups that swung this presidential election and the last to Barack Obama and the Democrats, and threaten to make the political future of America one that might be dominated by the left wing. In short, the problem is that the Republican Party, founded as the party of civil rights, has in recent years abandoned the civil rights argument, and has ceded it almost wholly to the Democrats. I must therefore argue, and insist, that the GOP gets back to it’s roots as not just being the party of Reagan and Goldwater and small government, but the party of Lincoln, Eisenhower, King and civil rights.

Many Republicans seem to think that Civil Rights as a legitimate issue set ended with the passage of the Civil Rights Act in ’64, and that talk of broad civil right’s issues now is just so much race-baiting and class warfare brought about by cynical liberals. And sure, plenty of it is. But there are many civil rights and minority-specific issues that are not. The issue of fair pay for women, for instance, is a legitimate civil rights issue, and the fact that our party and it’s nominee could not get it together to support the Lilly Ledbetter Act (allowing women more time to sue for pay discrimination) is a mark against us that hurt us with the female vote, and rightfully so. We don’t have to infringe upon the civil rights of religious groups (the one group conservatives seem quick to take a civil rights stand on behalf of) as many Democrats see fit to do by demanding that they provide women with contraception against their will, but the issue of fair pay should be a no-brainer. Likewise with Hispanics and immigration reform. George W. Bush and Newt Gingrich were right: we cannot deport 12 million immigrants from this country even if they are illegal. It is neither practical nor humane. Mitt Romney and his notion of “self-deportation,” were wrong. We do not need to do as some Democrats and self-serving business interests would do and imperil our country by advocating an open border. We must secure the border, and as George W. Bush tried to do we must tie that effort to the effort to legalize and integrate the law-abiding illegal immigrants who are already here. Republicans would not work with President Bush on that issue; hopefully they work with President Obama.

With respect to gays I cannot go so far as to say the Republican Party must endorse gay marriage. I define marriage as being between a man and a woman and that is an issue for the conscience of the individual to decide. But there must still be a basic level of respect for gays and for where they are coming from. It was disgraceful to hear a large part of the audience at a Republican Primary debate boo a gay soldier who asked a question of the candidates, even more disheartening to see that not Mitt Romney, Ron Paul, Newt Gingrich or any of the candidates stood up for him. On the other hand it was good to see that a large number (though still not a majority) of Republicans voted for the repeal of Don’t Ask Don’t Tell, which was indeed a genuine civil rights issue for gay Americans. It was a bipartisan victory for America that that was undone. With respect to African-Americans, I don’t expect the Republican Party to undergo a radical transformation on the issue of Affirmative Action, but they can at least not do things to pro-actively hurt their chances with blacks. I did not consider the voter I.D. initiatives to be racist exactly (they’re likely to affect as many whites as blacks ultimately) but they we’re unnecessary and politically motivated, and allowed hysterical commentators on the left to claim that we had reentered the days of Jim Crow.

Ultimately the most important thing the Republican Party can do with respect to restoring it’s reputation among minorities and women is to simply not be afraid to speak directly to the issues that concern them. It is my belief that free market oriented policies are more likely to bring prosperity and social mobility to all Americans, including blacks and Latinos, women and gays, etc. The GOP is good at saying this, but cannot go beyond that to address the other issues beyond jobs and the economy that concern women and minorities. Barack Obama, on the other hand, actively empathizes with all of these groups. Conservatives can call it pandering, but it is better than seeming not to care. And so the issue is as much one of emphasis, tone and awareness as it is one of adopting sensible policies. The Democrats have a bad habit of seeing discrimination when it isn’t there. But Republicans have a bad habit of not seeing discrimination when it is there, and that tarnishes our ability to promote our policies on the wide range of issues where we could do minority and female Americans a lot of good. It’s time for Republicans to take a wider scope. The GOP does not have to abandon it’s principles of smaller government and individual liberty to move forward competitively into the America of the 21rst century. It just has to reclaim it’s old principles of inclusiveness and equal opportunity. Do that, and there’s no political battleground upon which the GOP will not be able to fight in the future.

One Reply to “My Message to the GOP”