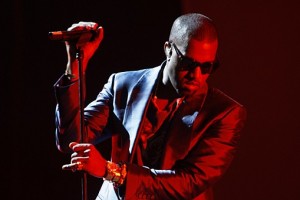 The current state of black music is dismal. That is not an exaggeration. In fact, the current state of American music, by and large, is pretty bad as well. In the past, American popular music and certainly black American music has always been a force for social progress; a continuous and melodic illustration of our truest values and our deepest yearnings. Never before has our music, or America’s music generally, held back social progress. Never before has our music, to any significant degree, served as a vehicle for the celebration of the worst instincts and realities of black America and the black experience. This is a reality of, roughly, the last twenty years in particular. Our great gift to America has become a cancer within ourselves. This needs to change.

The front cover of this April’s edition of The Atlantic Magazine features an article with the headline reading American Mozart: The Genius of Kanye West. I have to admit, seeing this gave me a somewhat depressed feeling. It’s not that Kanye West’s music is, in my opinion, at the heart of our ethnic and national cultural problem (though some of it is). I’ve liked some of his stuff in the past, particularly his earlier things with Twister; Through the Wire (which was uplifting, and like-ably silly) and so forth. But a great deal of it is emblematic of the vacuousness and the mediocrity of our musical culture, if not something quite a bit worse. Take for example one of Kanye West’s breakout hits from way back in 2004, a song called Diamonds from Sierra Leone…

Diamonds from Sierra Leone is sort of a cool song to listen to, minus the fact that, if you chance to pay attention to the lyrics, it has nothing to do with the diamond mines of Sierra Leone. Nothing, no reference to it at all in the original. If you think about it, that alone is astonishing. The imagery of the music video does deal directly with that however, and the video is (again excepting the actual lyrics of the song) poignant because of it. But it’s reflective of the moral confusion of our times that an artist would borrow the name of a subject of such wrenching human tragedy only to use it as the entrance to a song that is in reality both irrelevant to the subject for which it is named, and a self-troubled glorification of the artist himself. In the latter sense then, and it’s coldly ironic, there is some relevance to the matter of the diamond mines of Sierra Leone that Kanye West did not intend. The music video begins with a quote from Mr. West, saying “Little is known of Sierra Leone, and how it connects to the diamonds we own.” Cliche sounding, but very sad, and very true. The song, as noted, then proceeds to do nothing to remedy that sadness, but rather launches into a collage of vanities that I don’t have time to go through here. But in the video a short bit of narration plays before the song, presumably from the voice of one of the slaves from the mines, testifying to the fact that they are forced to slave day in and day out for the icy stone “under the eye of watchful soldiers.” He tells us as we stare at the shirtless figure of a Leonean Rebel as he berates us through the camera, making us, for a moment, the slaves of the mines, that they slaves were forced to kill their own families for the diamonds. Then comes the chilling high-point of the tension, the moment when you see the face of a slave child, and you’re horrified to see the pupils of his eyes wide as saucers because he’s toiled in the mines for so long that his eyes are starved for sunlight. The boys eyes have become something that looks as alien as it does human because that is how his eyes have had to adjust to the unending darkness of the mines.

The tragedy is real, but the poignancy of it is manipulated in the context of the video into a perverse glorification of Kanye West himself. Explicitly, as the video displays him as some kind of hero of the Leonean slaves, but implicitly just by the odd juxtaposition of this type of imagery to the self-indulgent lyrics of the song, (“You know you can call, you gotta best believe it, the Roc stand tall and you would never believe it”). But though the video shows white westerners obliviously wearing and sharing these ill gotten jewels (and then horrified when the blood from the “blood” diamonds crawls upon their skin before the witness of slave children) so uncaring or unaware are they of the human price of their privilege and their luxury, the truth is that the self-absorption exemplified in Kanye’s lyrics is wholly reflective of the mindset that makes such moral detachment possible. Yes the video at it’s end makes a token request of us to buy non-conflict diamonds, and yes Kanye did make a remix that made an effort at dealing with the substance of this issue directly (an effort that fails entirely at being serious or profound. Jay-Z is on the remix, and his entire verse which comprises half the song is again about “The Roc” and irrelevant to the blood diamonds and the slave children of Sierra Leone. Lupe Fiasco, to his credit at least, made a much more conscientious attempt at dealing with this issue in his song “Conflict Diamonds,” inspired by the Kanye tracks). But while the video shows the children of the mines pulling Kanye from the ground as he leaps out of his European sports car, sending it crashing through what I presume was a Jewelers shop. Though the children run to him and hail him as he play pianos in a cathedral before stone figures of Christ and the angels of God, spitting his irrelevant flows as if they were either poignant or profound, Kanye West (whether he realizes it or not) exploits these children and this travesty more insidiously than the people he portrays. Most people buy and wear these diamonds out of ignorance, reveling in the stones themselves, but Kanye revels in the blood diamonds ability to make him look like something he is not: that is a man using music to fight for a higher cause, as opposed to a man using the suffering of others to glorify himself.

Why make this article about Kanye West? To put a microscope on our cultural problem, one general to America and particular to black America. I agree with President Obama that West is (or frequently can be) a “Jack Ass,” but I also agree with him that West is talented, if not to the extent that he seems to suggest (see the Atlantic article). Kanye West is not a composer. He is not a musician, at least not one of any consequence (neither of course are Jay-Z and P-Diddy). I’m not being insulting, those are just facts. He is a producer; one who cleverly takes music by talented musicians and composers of the past, dissects them, and simply applies his oft vain and otherwise meaningless lyrics to them, albeit to great effect as far as his many fans are concerned. But he’s no Bob Dylan, using art to poignantly decry the injustices of our times. He’s no Mozart of any kind. Duke Ellington was an American Mozart, a composer and musician par excellence like Mozart himself. Neither has anything in common with Kanye West. But you don’t have to be a Mozart to make meaningful music, and you don’t even have to be a great musician. Kanye West’s biggest failing, particular with Diamonds from Sierra Leone (as I said before he has made better songs lyrically at other times) is the failing of our modern music generally and that is the fact that it’s orientation begins and ends with glorification of egoism, of materialism, of image and of the self. The thing that makes Kanye West’s Diamonds from Sierra Leone so galling is the fact that it takes an issue that would call upon us to reject these values to truly acknowledge it and, in the guise of calling us to do so, uses it as a vehicle to celebrate some of the very sins of our nature that causes the world to be such a cruel place to begin with.