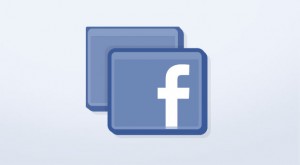 It has officially been proven: The more friends you have on Facebook the more you are considered to be a narcissist and perhaps even a narcissist that is “socially disruptive”. A recent poll was conducted studying the Facebook habits of nearly 300 students at Western Illinois University. Students who scored higher on the Narcissistic Personality Inventory questionnaire had more friends on Facebook, tagged themselves more often and updated their newsfeeds more regularly.

How many of your Facebook friends fit this profile? I can name a few. Just today one of my Facebook friends updated her status: “I am just too cute today! Geez lol.” She then posts a picture of herself in her cheer uniform as her school is trying to recruit for next year’s squad. Ok so she had a reason to wear her uniform today for school spirit purposes. But to post a picture and then tell the world how cute you look, get over yourself right? She could have just updated her status telling her friends to come to the information booth so to find out about upcoming cheer tryouts without being extra about it.

But that wasn’t her case just like it is not the case for many other people on Facebook. Why? It is because we are living in a digital age of narcissism. Facebook is becoming the outlet of social narcissism. Wait, let me rephrase that: Facebook is the outlet of social narcissism! I believe we are living in a “look at me now” era.  Everyone wants to be a legend in his or her own mind. Facebook gives them the tool to do it in your face. As if society wasn’t already full of phonies, Facebook adds a new dimensions in fake. If people realized the truth that most people could care less about their daily activities, Facebook would see a dramatic drop off in usage.

Who has those types of Facebook friends who post damn near daily photos of themselves? I have a few friends who do and one of them has an album entirely dedicated for just that reason with it titled: This is why you love me. Seriously, get over yourself! Once upon a time Facebook was only meant for the college community. Now look at it, Facebook is like the refrigerator where you know the same thing is there, but you still check it every 15 minutes. I mean come on, more students are on Facebook zoning out instead of paying attention in class. Granted, Facebook is still used for promoting special events, businesses, concerts, rallies, parties and causes. However, it looks to have gone from reuniting with old friends, networking with new friends and posting occasional pictures that capture memories into a superficial mirror on the wall with the hope of hearing that they are the fairest of them all.

“If Facebook is to be a place where people go to repair their damaged ego and seek social support, it is vitally important to discover the potentially negative communication one might find on Facebook and the kinds of people likely to engage in them. Ideally, people will engage in pro-social Facebooking rather than anti-social me-booking,” Christopher Carpenter said.

Carpenter, who ran the study, defined narcissism as “a pervasive pattern of grandiosity, need for admiration and an exaggerated sense of self-importance.” He also notes that social networking allows the user a great deal of control over how he or she is presented to and perceived by peers and other users. Do any of your friends fit these criteria?

One of my Facebook friends tries so hard to sound like Dr. Phil in her status updates.  She posted three status updates in the span of twelve hours. “Hanging onto someone who isn’t adding value to your life isn’t loyalty, it’s stupidity.” “Anything worth having in life takes work. The good things never come easy; success, love etc.” Followed up with “Your body is what makes you sexy. Your smile is what makes you pretty. But your personality is what makes you beautiful” I want to ask her what my lucky lotto numbers are for the week because I feel like I’m reading a fortune cookie every time I read her status updates. Get off the soapbox please!

I realize I didn’t mention any of the male friends I have on my Facebook. This is mainly because Facebook addiction has been attributed mostly to women and younger users thus according to the research conducted by Cecilie Schou Andreassen. Facebook needs to go back to what it was originally intended for. It wasn’t intended for you to post a daily picture of yourself in your outfit for the day.

At least one of my Facebook friends had something engaging to say “An interesting topic was brought up just now… can a man call himself a feminist, and accept/expect he is going to receive criticism and his masculinity is going to be questioned??? Does gender automatically define who can be a feminist?”

One Reply to “The Digital Age of Narcissm”