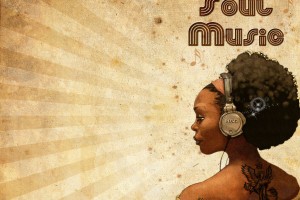 Black Americans have contributed to the advancement of American society in an endless number of ways. Intellectually, technologically, politically, militarily, and of course by the captivity of our labor our affect on the shaping of the United States of America can hardly be denied. But it might not be wrong to say that our greatest collective legacy in this country has lied in the cultural sphere, particularly through our art and our music. There’s an easy reason for this. In literature, academics and other areas where some measure of organized education has been necessary to gain a mastery of the field, such education was prohibited to the African-American, first by slavery, and then for all intents and purposes by discrimination and segregation. Such barriers to education have declined precipitously across the course of one-hundred and forty-five years, but we are still enduring the ills of a long history of educational disenfranchisement, one that to some extent persists to this day. But in the area of music (and certainly dance and culinary arts) we didn’t need any training. We brought our music over from Africa, and although the precise forms and languages of our former arts were lost to us, our innate, human urge to sing, to dance, and to express ourselves in song was not lost. Music was one of the few consolations for our circumstances the slave master, whether by whip, dog, or separation, could not take away from us. The deeper our pain, the more powerful our music; the purer our songs,the more resonant our expression of the longings of the human soul. Even a cultural critic as narrow minded as Joseph Goebbels, the virulently racist propaganda minister of Adolf Hitler’s Nazi empire, commented that the most distinctive music product of American culture historically was the spirituals of the negro. That the Nazi’s could recognize the power of such music is simply a testament to the depth of its quality.

With the Blues and later Rhythm and Blues came expressions of an evolving but similar pain. Not all music of the forties and fifties dealt directly with the ills of societal injustice and the pain of our persecution, but when you listen to Billie Holiday conjure the deathly imagery of blacks lynched, swinging from trees in the song Strange Fruit, or the soaring somberness of Sam Cooke’s A Change is Gonna Come, it is easy to hear in that the same mourning that colors Old Man River and other dark, somber songs of sadness and lament that arose from the pain of our bondage. That pain has morphed in recent times, but has never disappeared. It lives on, expressed with increasing complexity concurrent with the sprawling urbanization and societal inequity overwhelming the faith and the worldview of our ghetto youth. Our humble mourning of ages gone by has become profane, militant and directionless anger in the noise of many rappers, but if you listen past the cursing and the anger of a song like Tupac Shakur’s They Don’t Give a F–k about Us, or if you bother to pay attention to the words of Momma’s Just a Little Girl, it is not hard to tell that the last agony grows from the same roots as the first. Inasmuch as our music has had a particular power in the heart of America and over the imagination of the world it starts in this, that so much of it grows directly from our experience, that we sing and we play what we know from life.

Of course, not all black music is sorrowful. In the very same way the joy of our music, it’s love and romance, has contributed a warmth and a genuineness to American music that too comes from the hardness of our circumstance. What’s true of black music is also true of Jewish music and surely other peoples who have known oppression, and that is that the happiest and the loving-est music comes from those who are well acquainted with sadness. In the case of black music you can’t talk about the music of Sam Cooke (think You Send Me) or Jackie Wilson (think To Be Loved) or Solomon Burke or Donny Hathaway or Ray Charles without calling to mind a body of romantic music to equal a treatise on love for all time (to say nothing of the great musicians and composers that permeate the history of black music, from Louis Armstrong, to Duke Ellington to Miles Davis). Whereas the politics of race and civil rights divided Americans black and white in so many ways, the universality of American music put crack after crack in the color barrier, and brought blacks and whites together in at least this one thing over time. This tradition continued with the great groups of the Motown era, including of course the Temptations, the Supremes, Marvin Gaye, Stevie Wonder, not to mention the many greats outside of Motown like Aretha Franklin, The Platters and near countless others.

Our music isn’t primarily about love anymore; nor does it find so much time to soulfully reflect upon the smaller and simpler things and battles of life that music helps to illuminate. As the years passed and television and the multimedia era enveloped the years, songs like Tracy Chapman’s Fast Car, a song about a woman who spends her life putting her own dreams on hold first for an irresponsible father, than an unreliable lover, and finally for their children as a single mother, did not come along much anymore. On occasion there is an India Arie, who sings about things that are real. On occasion an Anthony Hamilton can rise to the task. But the overflow of materialism, of gratuitousness and even violence that persists in our music today was never there before. As image transcended substance love was replaced by lust in our music, to great degree, and inasmuch as this is true our music is not as inspiring as it once was. What is troubling is that black people as a whole have little inkling as to how much weaker this has made us as a people.