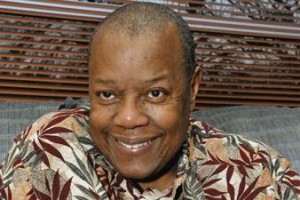 Lacy J. Banks, the first African-American sportswriter at the Chicago Sun-Times, died Wednesday at the age of 68 after a long battle with heart disease.

Banks joined the Sun-Times in 1972 and began covering the Chicago Bulls in the mid-1980s. He covered Michael Jordan’s entire NBA career, including all six of the Bulls’ championships, and he covered the Bulls into the postseason last year.

Banks also was a long-time Baptist preacher and weaved that background into his columns and his interaction with players.

“He was a great friend, and we spent a lot of time calling my mom on Sundays and praying with her and just doing some great deeds for her and my family,” Hall of Famer Scottie Pippen told the Sun-Times. “He’s one of those reporters who I had a lot of respect for. We definitely had a great relationship throughout my career and to this day.”

The nature of being a beat writer means feathers can be ruffled at times, but even those who occasionally disagreed with Banks were able to see his passion in his work.

“He was more than a reporter on the sidelines,” Bulls chairman Jerry Reinsdorf told the Sun-Times. “He cared deeply about the teams he covered and the profession that he represented. While we didn’t always agree with his position — as is natural — we never questioned his enthusiasm for the Bulls or the city of Chicago.”

The Bulls will have a moment of silence in Banks’ honor before Saturday’s game against the Toronto Raptors, according to Bulls vice president of business operations Steve Schanwald.

In recent years, Banks overcame a brain tumor and prostate cancer. He chronicled his health issues in a blog for the Sun-Times.

Banks is survived by his wife, Joyce, three daughters and five grandchildren.