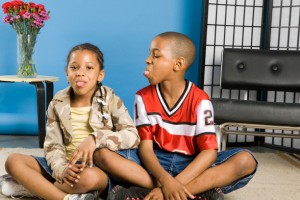 For the last three years my child has been an only child, and will continue to be so for the foreseeable future. However, the idea of more children is not entirely out of the question.

My husband and I were raised in entirely different family structures. I am an only child and was raised as such, though I come from a blended family. My husband comes from a traditional family with two working parents with two children. Before we married, we discussed having a large family, but after the birth of our son, we whittled that long list right on down to the one we had with the possibility of another. I won’t front: my labor was hard and at that moment, I was certain I would never want to do it again. But so often I hear that my son “needs” a sibling and it’s selfish for me not to give him one. Family will put the lean on you to pop out another baby when their “baby” stops being a baby.

I think back to my own childhood and the fact that I did experience pockets of loneliness because it was just me, but what I wanted more than anything was an older sibling. My mother, unfortunately, could not make this happen for me so I adopted older friends as siblings. I sometimes envied others who had close relationships to their brothers and sisters, but then felt lucky when they complained of having disagreements or having to share. All of that was foreign to me.

With my son I’m on the fence about what is best for him regarding siblings. Will a second labor be easier than the first because my body is now familiar with it? Will more children put a strain on our family resources and on my marriage? Will the dynamic of a fourth personality blend in seamlessly or make for chaos? And if I don’t have another child, will my son suffer because of it? Will I regret it?