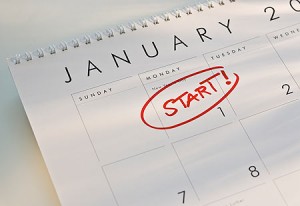 Its the second week in December and I MUST finish 2011 before I can put the pressure of performing well in 2012. I’m not the typical underachiever that just going to wait for the new year to attempt to obtain my goals or resolutions. I actually look forward to the end of the year because so much happens within the last 2 weeks of December. For me it begins with the Anniversary of my Mothers death on the 14th, Christmas on the 25th, Kwanza from the 26 to the 1st, my moms birthday on the 27th, my 25th birthday on the 30th, then New Years Eve on the 31st. So as you can see concluding 2011 is an eventful but emotional time for me. Since my mothers death in 2008 I personally don’t care for December because of how much I miss her during this time of year.
During this particular time of year I am looking forward to a job I was hired for back in August but due to the NBA lockout I had to wait until now. I am thankful my position with the Atlanta Hawks was secure and I can not wait until orientation on the 19th. I will be working in Promotions. Last year this time I was living in Chicago. Now that I am in Atlanta I’m hoping to become more established and stable. I’ve moved 3 times since I walked across the stage in 2010. Now that I work for an NBA team, live in a major minority city, and I’m able to network and do what I want to do. I plan on being here for awhile. I have a lot to look forward to in 2012 and I demand so much from myself. Turning a quarter century makes me aware of what I have to accomplish and how important it is for me to stay focused. I am thankful for everything I’ve experience in life. I personally believe the sacrifices and hardships mentally prepare you for the next level and stages in life.

Aubrey Grier resides in Atlanta, GA and is the voice behind The Authentic MANual. Aubrey comes to us with over 10 years of writing experience and worked previously for Clear Channel Radio. Check him out on Black Is for life tips and relationship advice for Black men.