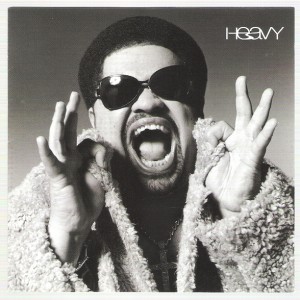 The death of Dwight “Heavy D” Myers rendered me speechless.

I’m a late 70’s baby and the music of the 80’s and 90’s left a great impression on my young mind and shaped my eardrums. Heavy D and the Boyz were a brick in my music foundation, my love of hip-hop, dance and overall good music.

What impressed me about Heavy D was his confidence and fearlessness in confronting the pink elephant in the room – the fact that he was a big man. From his name to the coined moniker “the overweight lover” he eradicated any potential critique about his size by claiming it from jump. Sure, hip-hop music specifically is full of artists whose rap names begin with “Big” but there was something about Heavy D and his style that made that obvious characteristic minute in comparison to the man himself.

Heavy  could dance better than most people period, and his actions gave me the freedom to dance my heart out. Nobody would question the man’s ability to get on stage and groove, and he established new rules of a big man performer. Rarely was Heavy just standing on stage. If there was a new dance, he’d master it and also set dance trends with his choreography both on stage and in his music videos. One could take the choreography from a Heavy D and the Boyz video and bust out a battle at the next school dance.

And then there’s the music. Heavy D gave us countless hits – and I can’t recall one where the words “nigga” or “bitch” were ever used. I called my mother when I received the news of his passing. She, too, was devasted which speaks volumes about the impact Heavy had. As a hip-hop artist at an important time in the genre’s development, Heavy D’s appeal was cross-generational – not many artists within hip-hop can make that claim. He was positive and cool without being corny, and could rock the party minus any violence or negativity coming through the speakers.

As a tribute to Heavy D, here is a compilation of my favorite Heavy D-laced tracks:

We Got Our Own Thang

Now That We Found Love

Girls They Love Me

Is It Good To You

You Can’t See What I Can See

Rest in paradise Dwight. You will be missed.