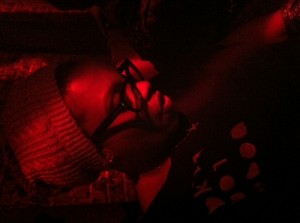 Episode 10!  We have none other than Morgan Rhodes!
Morgan has gained respect for her vast musical knowledge and exceptional taste in sound as a radio host, and hypnotizes the east and west coast with a voice that will carry you away. Her voice is so smooth that it may take you a second to realize she just told a hilarious joke. You just listen to her cadence and coolness, then realize she said something funny, and you’re left in more awe!  There’s no doubt that Morgan has all the charisma it takes to be a master of her craft.
In this episode Morgan tells us how she essentially fell into radio by accident. Through various twists and turns she began hosting her own show and has ascended into the world of music supervision, most notably for the film Middle of Nowhere by Ava Duvernay. She continues to master the craft of radio and tells us the changes she has seen in the radio and music industries. From the jam she brought us to chat about we discuss the factors that make a great artist, as well as her feelings on the state of mainstream music today.
Other topics include: Jamaican sodas, terrible advice from beautiful women, S-curls, music that sets the mood, pornographic lyrics, and old BET music shows.
merc80 morgan rhodes Podcast the jam the listening station