Nearly eight million students currently hold a federally subsidized Stafford Loan; on July 1 the interest rate is set to double from 3.4 percent to 6.8 percent if Congress doesn’t act. Student loan debt has now surpassed credit card debt for the first time in the United States and has now hit the one trillion dollar mark. According to The New York Times, “Ninety-four percent of students who earn a bachelor’s degree borrow to pay for higher education – up from 45 percent in 1993.”

The average student walks away from college with more than $20,000 in debt after their undergraduate studies. The choices become even more limited in a struggling economy. It is either go to graduate school and defer loans or find full time work. With the struggling economy students coming out of school have to take jobs out of their profession and settle for lower wages. The added stress of high student loan payments are making graduates work two jobs while some are being forced to moving home with parents.

Lately employers have begun emphasizing job experience in selecting potential applicants. Employers are not taking as many risks in hiring entry-level workers as in previous years. It costs money to train the entry-level worker and with today’s economy companies are trying to cut costs as much as possible. Gone are the days of solely having a college degree and holding leadership positions with clubs on campus. Now that more companies are requiring job experience, students are left with the dilemma of finding an internship. These internships are often times unpaid and may not lead to permanent employment.

More students of color rely on a financial aid package that consists of Pell grants and Stafford loans. These programs are put in place so that low-income families can send their kids to college. As such African American students (along with other minority groups) graduate with the more debt than white students. A study by College Board Advocacy & Policy Center found that student loan debt levels of $30,500 or higher were more common among 27 percent of black bachelor’s degree recipients compared to 16 percent of their white counterparts.

The cost of tuition, housing, location and prestige of the school, plus out of state resident fees all play into the big picture for students who pay for school out of their own pocket. In many cases a financial aid package is not enough. As a result more students of color are being put at a greater financial risk in taking out a private loan in order to cover any remaining costs. In recent years there has been a documented 16 percent increase among black students taking out private loans.

President Obama has spoken out in recent weeks about the potential Stafford Loan interest rate increase. He wants to Congress to renew the bill passed in 2007 that set the rate from 6.8 percent to 3.4 percent. The bill was passed during the financial crisis the country was going through at the time. To cover the cost of the extension of the bill would be six billion. Both sides agree that the federal interest rate should not be increased, but argue about how to pay for it.  Democrats want to close tax loopholes on higher earners while Republicans want to cut funding in areas of Obama’s 2010 Health Care plan.

In March U.S. Rep. Hansen Clarke (D-Mich.) introduced H.R. 4170. The Student Loan Forgiveness Act of 2012 would forgive student loan debt for those who have paid ten percent of their discretionary income toward their loans for ten years and would cap interest on federal student loans at the current rate of 3.4 percent. Graduates who go into teaching, public service, or practice medicine in underserved areas would have their debt forgiven after only five years.

If Congress allows for the current rate to double it, the average students debt burden would be $1,000 over the life of the loan. Nationwide, people over the age of 60 owe about $36 billion in student loans. 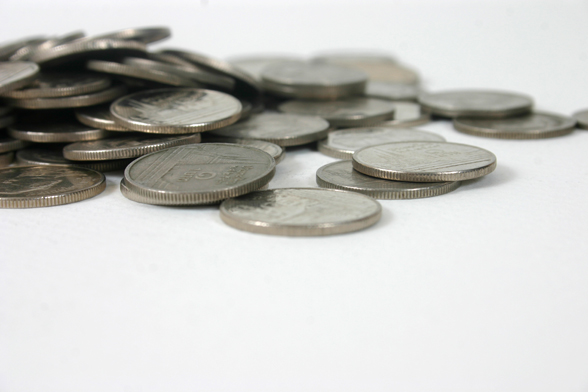 Listen in to the first session of our Fall 2011 podcast season!  Join KC and the family as they discuss the role debt might play in dating and relationships. Podcast guests include John Wood, Mr. CEO, Je Lewis, Dino Black, and Darius Gray.

If you know of a family earning less than $60,000 a year with an honor student graduating from high school soon, Harvard University wants to pay the tuition. The prestigious university recently announced that from now on undergraduate students from low-income families can go to Harvard for free… no tuition and no student loans!

To find out more about Harvard offering free tuition for families making less than $60,000 a year, visit Harvard’s financial aid website at:http://www.fao.fas.harvard.edu/ or call the school’s financial aid office at (617) 495-1581.