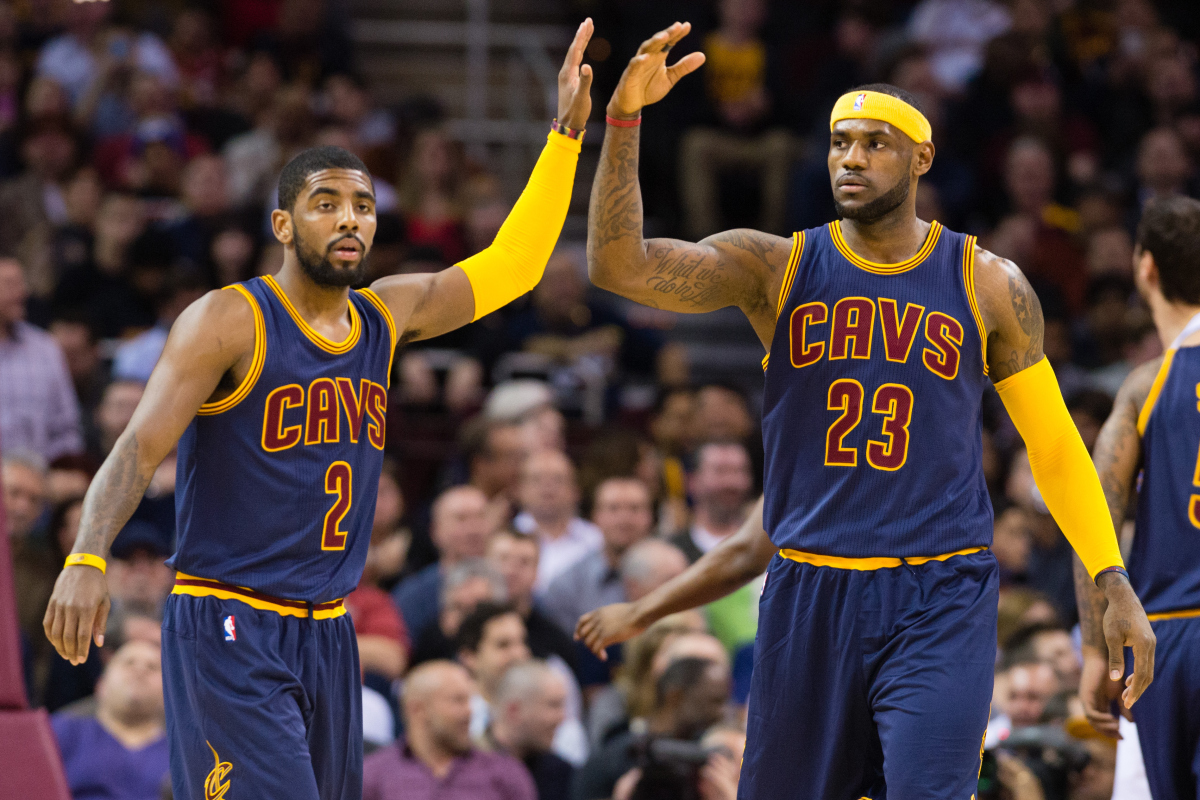 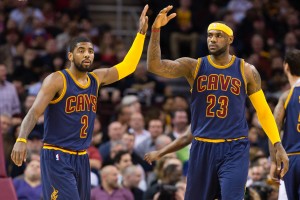 Please leave your thoughts below. You can also reach out via: Twitter – @BrothersLehman; Email – thebrotherslehman@gmail.com;  Voicemail – (323) 455-4219. 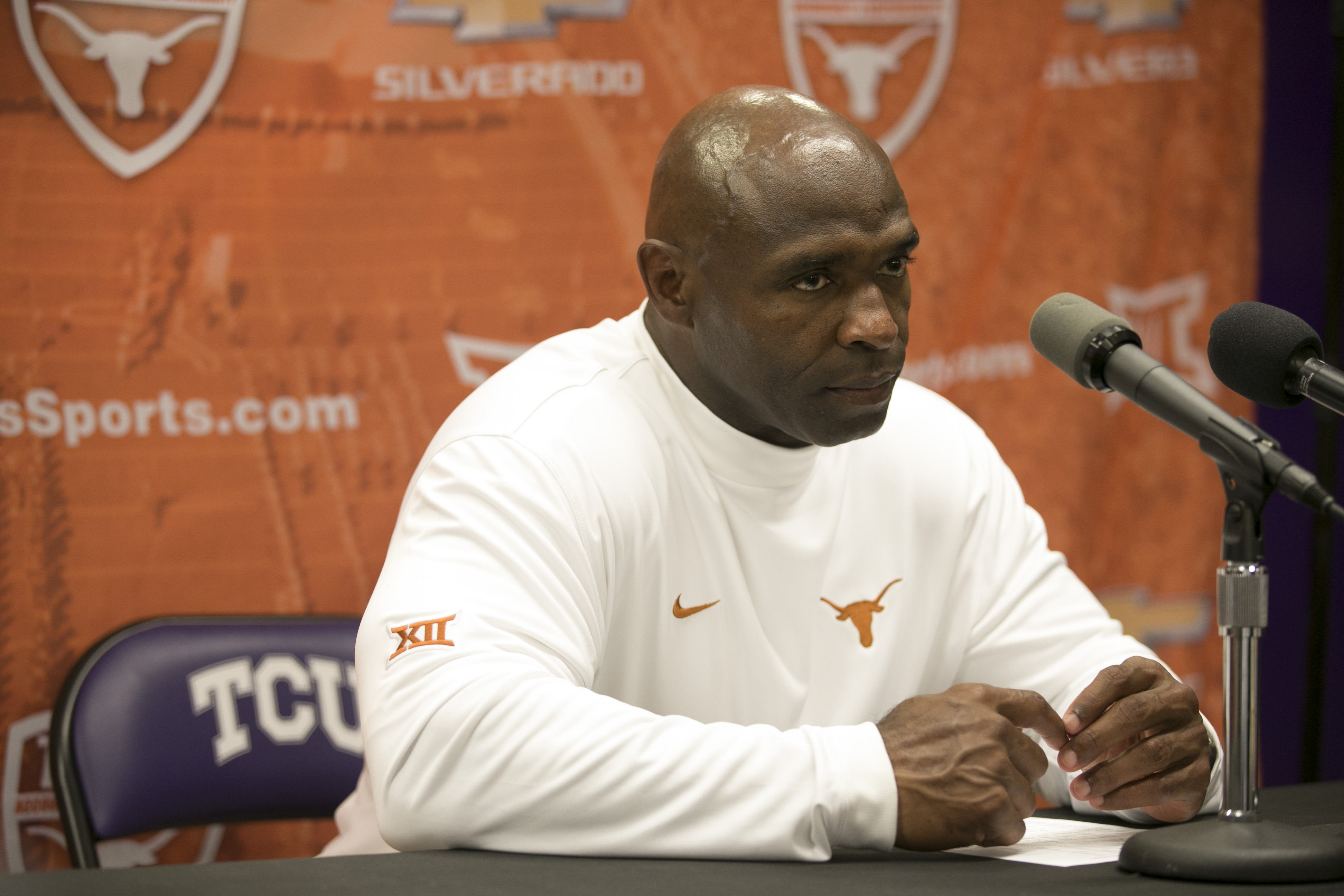 Music: starRo – Straight Up; Yo Gotti – Everywhere I Go 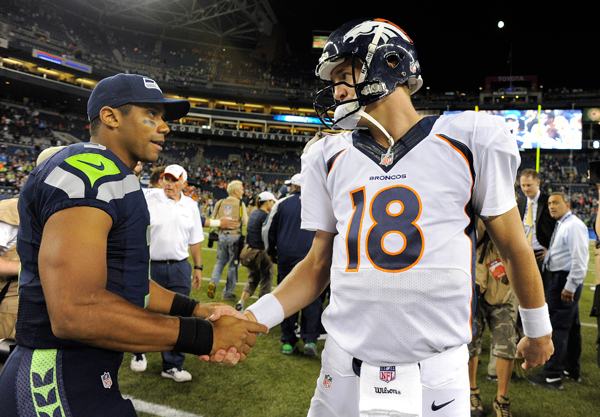 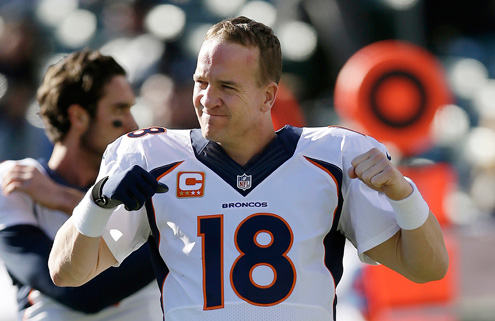 In this episode Chris & Jonathan assess the NFL season after the first quarter and look toward the Week 6 games, preview the Southeast and Pacific divisions in the NBA, discuss Adrian Peterson admitting to smoking weed, NFL says you can’t wear Beats headphones, former GM admits to keeping incidents quiet to keep players on the field,  NBA signs new TV deal worth over $2B annually, Royals keep up their winning ways, college athletes can’t get paid for their autograph, sexual assault issues at Florida and Florida State, LeBron gets his feelings hurt, and Michael Vick is not prepared.

In this episode Chris & Jonathan discuss the results of the NBA Draft, the start of NBA free agency, Carmelo Anthony and Miami’s Big 3 opt out, Phil Jackson using the media, Jason Kidd wants more power after one year, Zach Randolph signs a cap friendly extension with the Grizzlies, Johnny Manziel tired of all the constant scrutiny, Washington ownership loses exclusive rights to the Redskins trademark, Vernon Davis holding out, the World Cup is now in the Round of 16, and we remember Tony Gwynn.

Music: Samiyan – Cushion; LA the Darkman – Heist of the Century 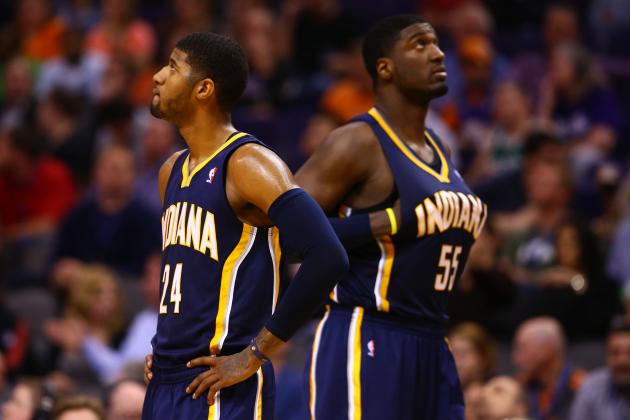 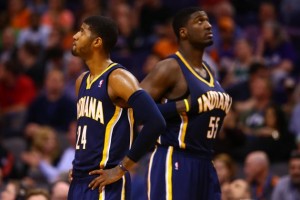 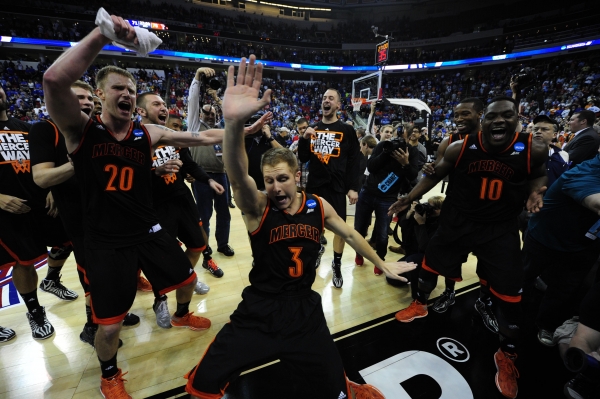 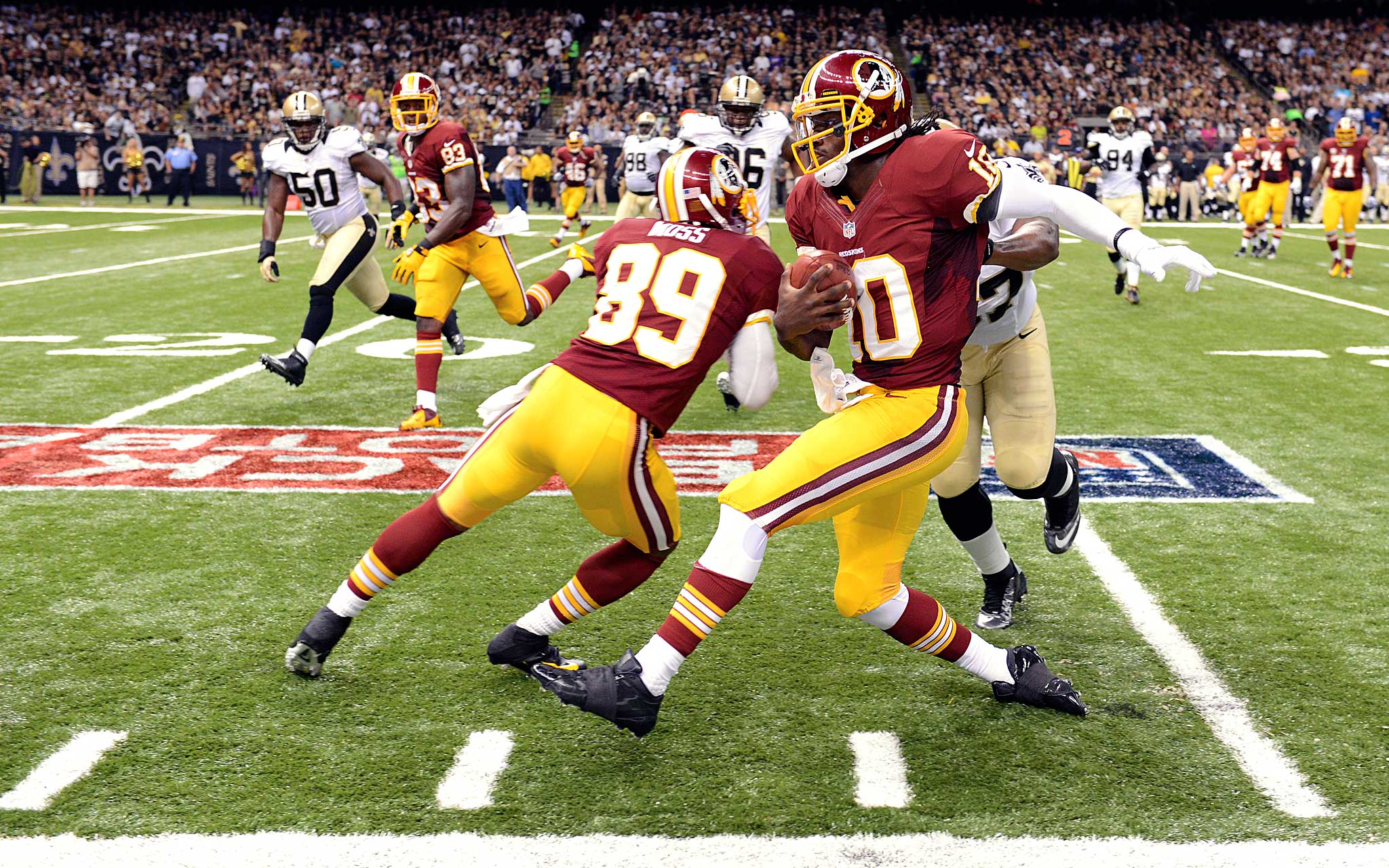 In this episode the Brothers Lehman give their reaction to the Bears/Packers game, as well as the action from Week 1 in the NFL. We also talk about the college football season, Jim Calhoun retiring, LeBron and Durant working out together , Reggie Miller and the Basketball Hall of Fame Class of 2012, Chris Bosh willing to play center, and our What The @%#! segment.

This week in the Happy Hour we speak on the Penn State sanctions, status of Dwight Howard, Boston Cetics’s great offseason, NFL season right around the corner, and another What The!!! segment highlighting the recent DWIs. Thanks for listening. 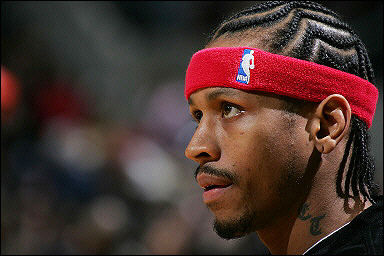 Allen Iverson is one of the latest NBA professional athletes going broke.  The former Philadelphia 76ers franchise player earned over $200 million in salary and endorsements and is best known for taking a personal hair stylist with him on road trips. A judge recently ordered Iverson to pay a jeweler $860,000 but once he revealed that he couldn’t pay; the judge ordered his bank account to be seized. He is one of the latest to join a long list that includes Scottie Pippen, Latrell Spreewell, Antoine Walker, Evander Holyfield, Mike Tyson and Tyrell Owens as broke black sports stars that squandered away millions.

According to Sports Illustrated, 78% of NFL players who are retired for only two years file for bankruptcy, and after five years of retirement, 60% of NBA players suffer the same fate. These statistics are alarming especially because the majority of people do not sympathize with an athlete who had it all and wasted it. The question becomes why have so many athletes and celebrities, who were once financially well off, later found themselves bankrupt and broke?

The answer lies with a small earnings window, misplaced financial trust, and family matters tied in with an extravagant lifestyle.  Traditional careers which allow the average person to work for 20 plus years are not so for the professional athlete who only works a fraction of that time.  This leaves the retired athlete with the job of managing what they have to last for the rest of their life with only a fraction of their old salary being earned.  Don’t let that athlete have a lavish lifestyle either because custom cars, custom houses and custom planes, all depreciate in value and are hard to liquidate in the event the athlete is in a financial crisis. 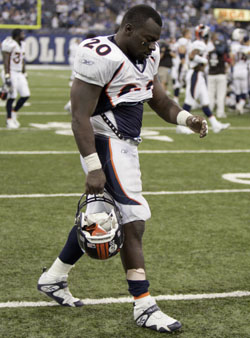 Former NBA guard Kenny “The Jet” Anderson filed for bankruptcy in October 2005,  and has detailed how the estimated $60 million he earned in the league has dwindled to nothing. He bought eight cars and rang up monthly expenses of $41,000, including outlays for child support, his mother’s mortgage and his own five-bedroom home in Beverly Hills, CA—not to mention $10,000 in what he dubbed “hanging-out money.” He also regularly handed out $3,000 to $5,000 to friends and relatives. Thankfully for Kenny Anderson, he has a steady gig as an NBA analyst on TNT, but not every former player gets coaching or sports commentator opportunities after their career is done. Players should live within their means because at anytime a career-ending injury could happen, like it did in the case of NBA player Brandon Roy who was the franchise player for the Portland Trailblazers.

“Disreputable people see athletes’ money as very easy to get to,” says Steven Baker, an agent who represents 20 NFL players. NBA Hall of Famer Scottie Pippen unsuccessfully sued his former law firm for allegedly losing $27 million of his money through poor investments. He had made over $100 million over a 17-year career. According to “Sports Illustrated,” most athletes lack the financial knowledge to manage the large sums of money they’re earning and as a result, professional players misplace their trust with their accountants, advisors and even relatives who handle the bills while shaving money off the top with the player never seeing the bank statements.

Take NFL quarterback Michael Vick who filed for Chapter 11 bankruptcy and had to put his mansion in suburban Atlanta on the market because he was unable to repay about $6 million in bank loans that he put toward a car- rental franchise in Indiana, real estate in Canada and a wine shop in Georgia. Bad investments made by players via their advisors can make a player lose millions and many players are financial prey. 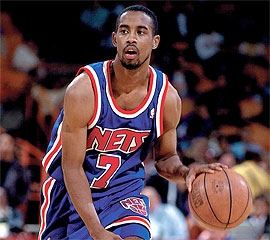 The divorce rate for pro athletes ranges from 60% to 80% and a divorce tied in with child support payments is something an athlete truly fears because of the threat of him losing half his net worth. Athletes usually marry their long time girlfriends who they knew before they hit the pros, and usually they marry too early as fame, money, and the allure of women serve for a lethal combination. Former NBA forward Shawn Kemp (who has at least seven children by six women) and, more recently, Travis Henry (nine by nine) have seen their fortunes sapped by monthly child-support payments in the tens of thousands of dollars. Henry made $11 million over seven years in the NFL could not afford to pay the $3,000 a month for one of his kids and was later jailed for falling behind over $16,000 in payments.

However, a lot of divorces happen in retirement and that is detrimental because a player’s peak earnings period is long over and making a comparable living is virtually impossible. This is why many agents advise players to make prenuptial agreements before marriage.

“There’s this huge lifestyle change,” says former NBA center Mark West who is a licensed stockbroker and currently the Phoenix Suns’ vice president of player programs. “You and your wife are suddenly always at home, bugging each other. Before, you’d always say, ‘I gotta go to practice.’ Now you don’t have to practice. You have to finish conversations.”

The bottom line is that athletes have to take financial responsibility, exercise self-control, save, invest wisely, and live within their means. When you have been fortunate enough to make millions over your career and squander it because of an extravagant lifestyle and child support payments none of us that helped put that money in your pocket will feel a drop of sympathy for you.