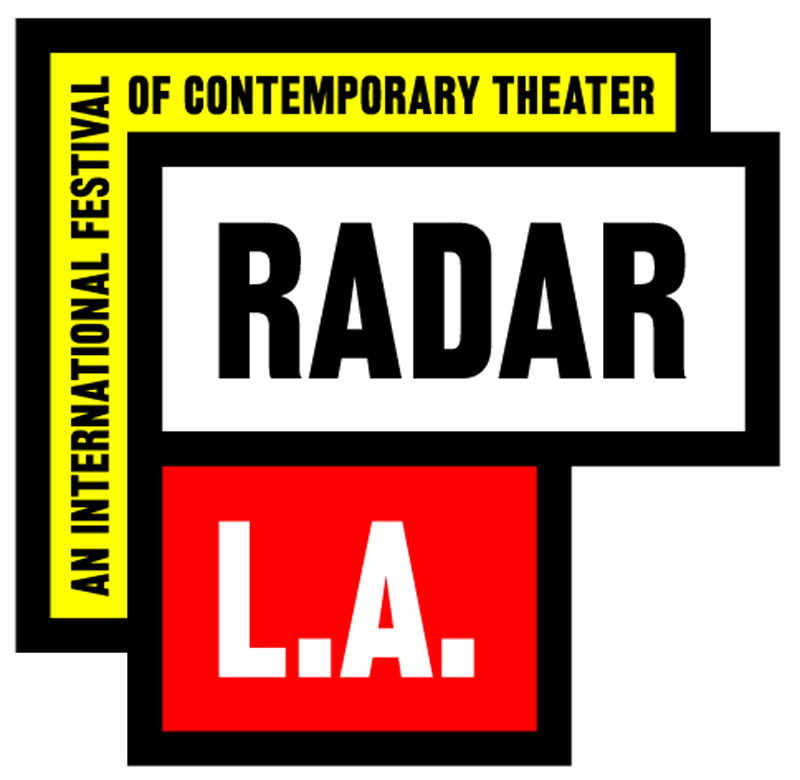 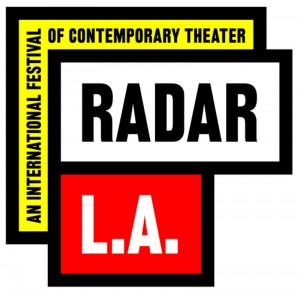 Listen in as Brother Malcolm tells us about the upcoming Radar L.A. Festival coming to Los Angeles from September 24 – October 1, 2013! This event is an opportunity to be exposed to innovative visual, performing, and media arts, so posse up and support this festival!

For those listeners interested in sending in a submission for the Culture Connection theme song, please email us at cultureconnection@blackisonline.com! 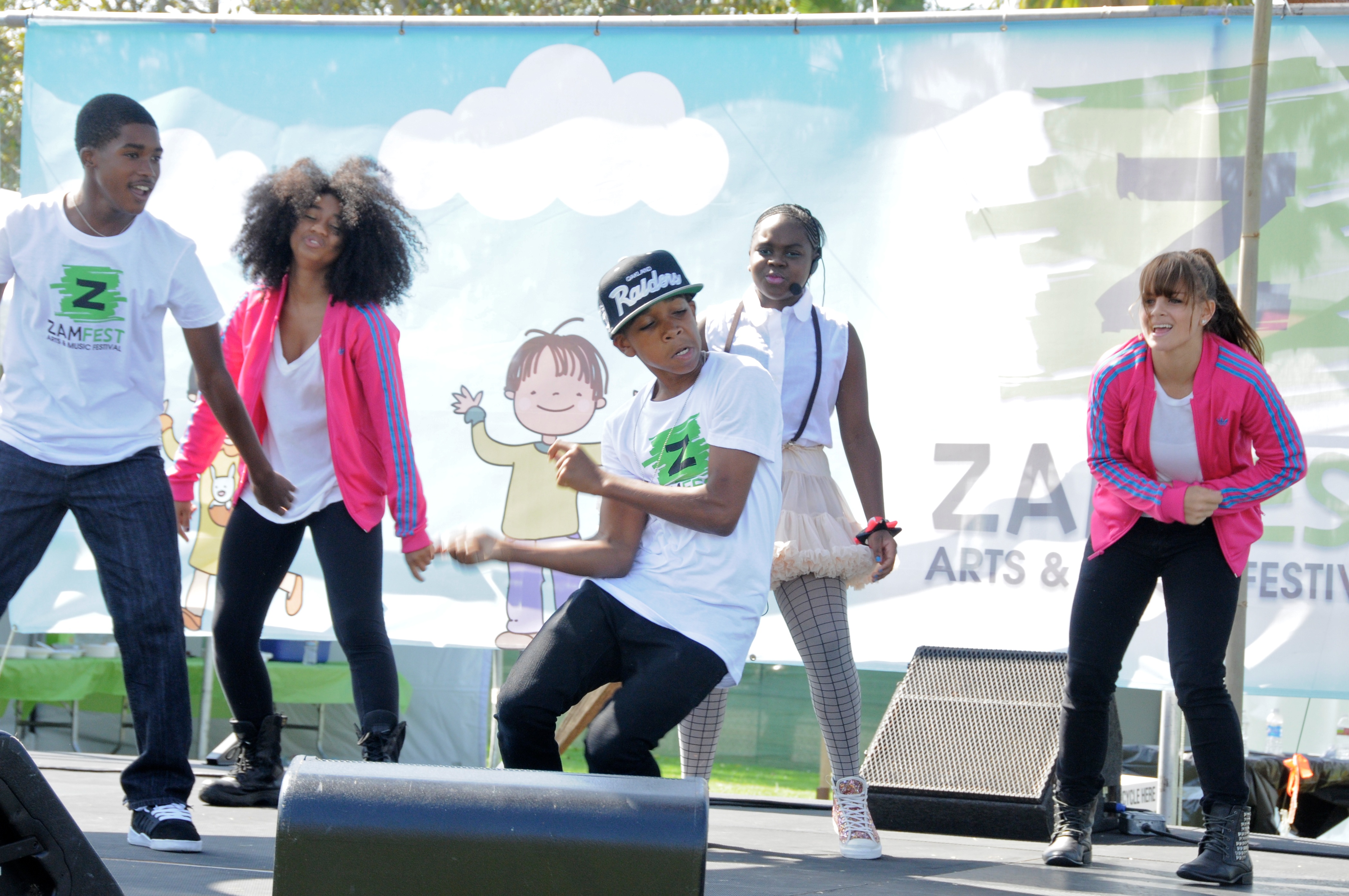 LA Babies, if you are looking to engage your wee ones in something new, I highly suggest you attend the ZAMFEST Arts & Music Festival this Sunday, September 23rd in West Los Angeles. Slated for the Z generation – kids 10 and younger – this event will expose our kids to activities they normally would not find all in one place including:

and so much more!

Details for this events are as follows: 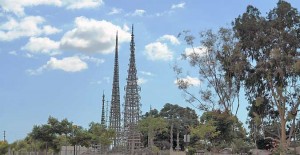 LA Babies, it’s been a few years since we lost our beloved summertime African Marketplace, but it seems that festival has been resurrected into two festivals this Labor Day Weekend! Join me in supporting the Leimert Park Music and Art Festival taking place September 3 -5, 2011 in Leimert Park Village. Activities to include free live performances, vendor booths, health screenings, dance classes, and food demonstrations among other activities the whole family can enjoy! For those needing a date night, check out “Leimert Park After Dark”, where films and live performances will be playing around Leimert after 6pm. Artists slated to perform include:

Kamasi Washington and the Next Step

Also taking place this weekend is the Black Music and Art Festival. Located where the original African Marketplace once was, at Rancho Cienega Park is at 5001 Rodeo Road, adjacent to Dorsey High School, Los Angeles, California 90016. This is a three-day mega event to attract over 3,000 people, per day from various ethnic and cultural backgrounds from the Greater Los Angeles area. The festival will include a large music stage hosted by 102.3 KJLH Radio featuring Smooth Jazz, Blues, Reggae, R& B, Old School, Spoken Word and African Drumming and Dance. Artists slated to perform include:

Come out and support our community! See you there!

Some of the BEST SOUL FOOD AROUND… Barbecue Ribs / Chicken / Hot Links / Greens / Cornbread / Mac-n-Cheese / Potato Salad, and much more…

There will be Beer Breweries at the event, plus your favorite adult punch & lemonade, cocktails and tented areas to enjoy some shade, if desired.

More information on this event:

We will be offering raffle tickets for great valuable prizes.

ON-STAGE ENTERTAINMENT: San Diego’s own [recording artist] “Abrina” www.AbrinaMusic.com, plus others to be announced.

FREE no-hassle parking or take trolley and be dropped off / picked up right at the event!!!

Portion of proceeds go to:

Be Part of WHO’S WHO!

Pack your appetite on Saturday, August 20, as Del Mar hosts the largest Food Truck Festival that San Diego has ever seen! It’s the first annual Del Mar Gourmet Food Truck Festival. You’ll have an opportunity to sample a treasure trove of delicious and eclectic foods from 12:00 to 6:00 p.m. served up by Southern California’s top food truck chefs.

I had the great fortune of receiving a call this morning that would change the course of my day. A good friend called with a frantic request for me to sit in for a celebrity judge who dropped out of judging a poetry slam that was to take place in an hour. I jumped at the chance to help.

Little did I know that I was entering in the world of Brave New Voices Youth Poetry Festival, where over 500 young poets representing 50 different cities had come to Los Angeles for a week of activities that celebrated their voices, and for a chance to compete in the Grand Slam Finals. Today was the Semi-finals, and I was a judge.

The group that performed for our panel represented the cities of Houston, Phoenix, Austin, Albuquerque and Stockton. What I saw today was the continued growth of an art form that gave voice to those who wanted to make a political and social impact, but often felt powerless to make change. What I learned today is that all of our young folks are not jaded by what this society attempts to blind them with. They see clearly what is taking place in our world, and are more aware of the political climate and social injustice than I was in high school. I was blown away and filled with hope at the same time.

The contest went four rounds, and with each round I was moved by stories of violence, parental drug abuse, homosexuality, date rape, standardized testing, immigration, sexism, and racial hatred. These young people spoke honestly about their experiences growing up on the streets of these cities, and be they in the midst of farms in the San Joaquin Valley or in the hottest of deserts, their experiences across the map mirrored one another. Furthermore, the power behind their words let the entire room know that they weren’t sharing the experiences of others. These stories were their truth, their life, their story.

I held back tears many times through the competition. The story of a young woman watching her mother spiral downward with drug addiction; a young woman who denouncing sex symbols and role models; a group complaining about the systematic racism embedded in standardized testing; two young men struggling with their homosexuality in a society that will only allow them to express interest in women; a young man watching his mother die from breast cancer; and my personal favorite, three chocolate-hued ladies expressing how their complexion is ignored within an American beauty standard.

These young people gave me hope that this world, with all its ills and evils, is moving in the right direction. If these are our leaders of tomorrow, today we can rest easy knowing that our future is in their hands.

Much love to teams Houston, Phoenix, Austin, Albuquerque, and Stockton, and congratulations to team Albuquerque for moving on to the finals!