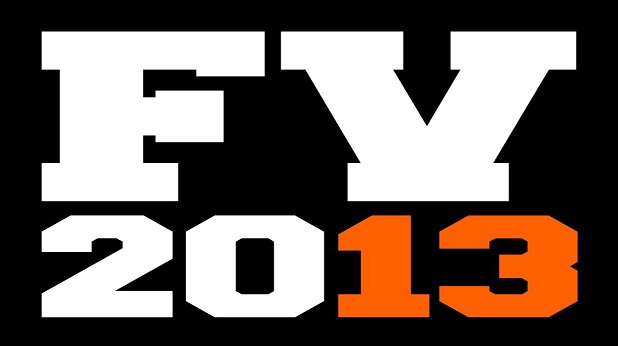 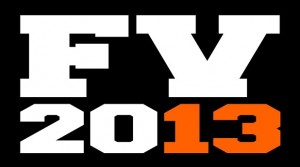 For comments or questions about this or any episode, call the hotline at (323) 455-4219. You can also follow Malcolm on Twitter and Instagram @caliyalie. Don’t forget #cultureconnection! 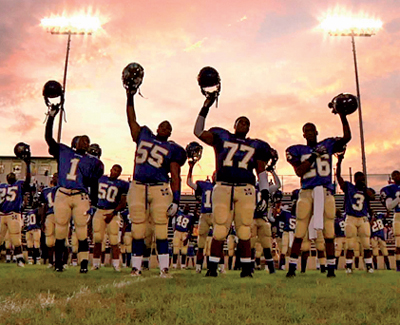 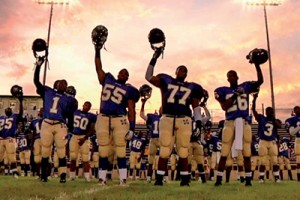 Undefeated has even more small-town charm, heart and grit than Friday Night Lights. It is the story of one of the worst teams in the city possibly even the state overcoming insurmountable odds. It is Samson and Goliath-esque in scope. It bubbles with tension, drama, gut-wrenching storylines and deftly raises large, looming questions about the state of the poor and working class in America, the cycle of poverty and the failures of our education system.

Undefeated will never have a blockbuster weekend and if this film ever grosses more than one million dollars that would be nothing shy of a miracle. Miraculous because unlike Friday Night Lights, Undefeated is not a drama, it’s a documentary. An Oscar award-winning documentary but still a documentary, which too often are ignored.

At its core, Undefeated is a tale about facing adversity head-on, battling your demons and persevering but it is also the story of a generation of black men who have no fathers, are raised by their grandparents, living just above the poverty line and have very few prospects in life. It is a film that shows how much one man can accomplish and possibly even change the course of these young boys lives because he cares and believes in them.

The traditional concerns about the narrator and point of view are still there. After all, this story about poor, troubled black kids is told through the lens of their white coach and the white directors of this film. We are decades away from race not being an issue in America but what becomes clear in the film is that the love and dedication of their coach is genuine and transcends race and the filmmakers try their best to paint a brutal and very real picture of their subjects in the film.

By giving some backstory and creating context the audience better understands the struggles our heroines have already overcome and race takes a backseat to the yearning that every human being feels.  No matter our color or our socio-economic status, each and every one of us wants to be seen for who we are, successful in achieving our goals and make meaningful connections with other people.

Undefeated will likely be made into a real Hollywood film eventually, one with big names attached and a budget to match and this watered down, blockbuster Hollywood version will undoubtedly make more money in one day than this documentary will gross in its lifetime, but do yourself a favor, see the original – no remake could ever hope to capture the raw emotion and intensity of it.

Racial issues have long been a source of controversy within the Church of Jesus Christ of Latter-day Saints and are at the core of a new documentary, Nobody Knows: The Untold Story of Black Mormons. The film treads on fraught territory, exploring the faith’s attitude toward African-Americans from its beginning in 1830 up to today, featuring interviews with Mormon scholars, civil-rights leaders, and clergy. America’s ‘Mormon moment’ has exposed an uncomfortable side of the church: its spotty record of accepting African-Americans, according to a new film. Lizzie Crocker talks to the people behind a bracing new documentary that tries to set the record straight.

Watch the trailer for the documentary here.

Read the rest at The Daily Beast

I increased BET’s viewership about 10% the other night when I watched their documentary, My Mic Sounds Nice: The Truth About Women and Hip Hop. Though excellent programming for BET, part of it was cut and paste from VH1’s Rock Docs on Hip Hop, but what can you expect when they are all owned by the same company?

BET’s trip through the female hip hop MC timeline was enjoyable, and they pulled some female MC’s out the woodwork for this one: Nikki D, Rah Digga, Ladybug Mecca, The Lady of Rage, and my personal favorite, Los Angeles underground godmother, Medusa (Other MC’s might make your head bob/but I’m gon make your neck lock – yeah she said that).

The most informative part of this documentary was the shift of the female role in hip-hop from the 90’s to the new millennium. It was made clear that when Lauryn Hill dropped her solo debut, The Miseducation of Lauryn Hill in 1998 and then dropped of the face of hip hop Earth, the game for women has not been the same.

Lauryn’s album was such a game changer that unless you were as solid of a triple threat as her, you weren’t going to make much noise. Since the new millennium, the primary face of females in hip-hop is the hypersexualized female MC. Actual talent on the mic won’t trump one’s sex appeal.

Which brings me to the one female MC who I believe has changed the game but is constantly glossed over in this sex-obsessed society we live in and that’s Bahamadia. The Philly native’s name was mentioned only once towards the end of the show, but this sister’s dedication to her art form in spite of being ignored by mainstream hip hop was reason enough for her to have her own segment in the show. Her talent and skill on the mic is without question, and if you’ve been fortunate enough to catch her live performance you know Bahamadia is anything but a studio MC. She is better recognized and respected internationally than stateside, yet let her step in the ring with any of today’s current female MC’s and battle – most chicks won’t have the heart to try.

So here is my personal tribute to Bahamadia – and if you happen to catch this sis, know the real heads recognize. A few of my favorites from her catalog of classics:

Finally, I would be remiss if failed to throw out an honorable mention to Boss, the first female gangsta rapper. Her persona was too hard and too much for most folks to handle.