Listen in to the second and final installment of Malcolm’s interview with the British King of Soul, Omar! Be sure to support Omar and buy his new album, The Man, available now!  Check out the slideshow of Omar while you take a listen and watch his new video for the single, The Man! 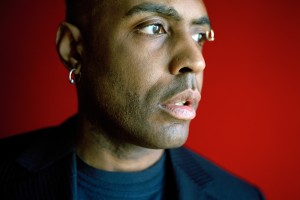 Culture Connection UK was made possible in part by a grant from the City of Los Angeles, Department of Cultural Affairs and the British Council USA.

Culture vultures, it’s been three weeks since Malcolm left for the UK and he’s having such an amazing time! Check out this slideshow of some of the cultural events and attractions he’s had a chance to check out! We have so much in store for you upon his return to the States! Enjoy!

Check out Brother Malcolm’s first few days in the UK as he makes his way around London! Be sure to follow his blog to get his thoughts and insights on his experience abroad!

This past weekend BI family members KC & Chris Lehman and Azizi & Ahshawn James presented at the San Diego State University Diversity Conference! The event was very well attended and sparked a great conversation amongst the students there. We look forward to returning to San Diego for another meeting of the minds. SDSU, look out for a Black Is podcast session coming near you soon!