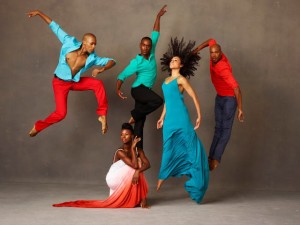 I stuck my head out the window this morning and spring kissed me bang in the face.            -Langston Hughes

I don’t know about you but spring has to be one of the greatest moments we experience as human beings. It’s the time when we say good riddance to the cold of winter, the literal the figurative (praying hands clasped for those East Coast and Midwest folks, your winter sometimes over stays its welcome) and hello to a world of re birthing beauty in nature, longer days, approaching summer and yes the Spring Arts Preview on Culture Connection!

Spring this year is March 20 – June 1 and there is much to be excited about here in Los Angeles but also across the country and the globe. While we here at Culture Connection usually lean towards shedding light on local events, I encourage our Culture Connection faithful to tell us about other events happening in your region. Feel free to leave a comment with a shout out for an exciting cultural event in your hood and we’ll be sure to give you a shout out next week!

So without further ado I present to you Brother Malcolm’s picks for the coolest must see, hear or go to events of spring 2014!

March 12- 30 Paul Robeson at the Ebony Repertory Theatre is a must see event! Starring two time Emmy award winner, and Broadway star Keith David, Paul Robeson is a trip down the life of the iconic humanitarian and artist activist of the same name. Robeson challenged the America he called home and was once adored by only to become an expatriate because of his uncompromising stance on injustices in 20th century America.

April 9- 19 Peter Brook/ Théâtre Des Bouffes- Du Nord: The Suit is another opportunity to see a stunning piece of theatre. The Tony and Emmy Award winning legendary English director Peter Brook brings his brilliance to UCLA’s Freud playhouse in what can only be describe as a tour de force production! Du Nord: The Suit is a tragic tale of betrayal and resentment as a scorned husband takes out his anger, pain and frustration on his wife.

Set in apartheid-era South Africa, Brook’s innovative staging integrates live musicians performing African melodies and Schubert lieder. The original novel The Suit, written by Themba, was banned in his native country as he was exiled during apartheid.

March 27 Imani Winds featuring Simon Shaheen: Zafir Project will be a highlight of the spring season for me. Considered North America’s premiere wind quintet, I first heard this exquisite group of black musicians in New York almost a decade ago, where they forever changed my life.  Imani Winds has established itself as one of the most successful chamber music ensembles in the United States. Since 1997, the Grammy-nominated quintet has taken a unique path, carving out a distinct presence in the classical music world with its dynamic playing, culturally poignant programming, adventurous collaboration and inspirational Outreach programs. Check out this YouTube video of the ensemble.

May 12  Welcome to Dillaville Tour I’m sure there are more than a fair share of J-Dilla fans out there which means you probably should not miss this tribute to him. Slated to perform at LA’s own, El Rey is Bizarre Ride Live (featuring Slimkid3 & Fatlip formerly of The Pharcyde) & Slum Village.

May 31- June 1 Bruno Mars and Pharrell Williams in concert at the Hollywood Bowl. I have two words to describe this concert, happy treasure.

Now- July 20 Fútbol: The Beautiful Game is the Los Angeles County Museum of Art’s (LACMA) intriguing look at football and its significance in cultures around the globe. I’m particularly excited that Los Angeles native and Yale School of Art graduate Kehinde Wiley is featured in this thrilling examination of the world’s most popular sport. Don’t miss it!

Now- Summer The California African American Museum (CAAM) has several noteworthy curated exhibitions worth taking the whole family to visit. Of particular note is A Memoir in Movement: Carmen de Lavallade & Geoffrey Holder and QUESTION BRIDGE: Black Males. Both exhibits left me speechless with an artist’s divine ability to present black humanity as just that, human. The best part is admission is complimentary. Do yourself a favor and go!

April 5 The KJLH Women’s Health Forum is critically important and a must attend for all who desire to learn best practices for physical and mental wellness. Hosted by beloved radio station Radio Free 102.3FM, this year’s theme is A Beautiful Outside starts with a Healthy Inside! and ain’t that the truth. Chock full of opportunities for screenings, speakers and important health information this is a mandatory event for all the Culture Connection ladies! The event is free and online registration is open till March 28. Carpe diem!

That’s it for this week! Please remember to make a career of humanity. Commit yourself to the noble struggle for equal rights. You will make a greater person of yourself, a greater nation of your country and a finer world to live in. – Rev. Dr. Martin Luther King Jr.

Until next week, Peace!